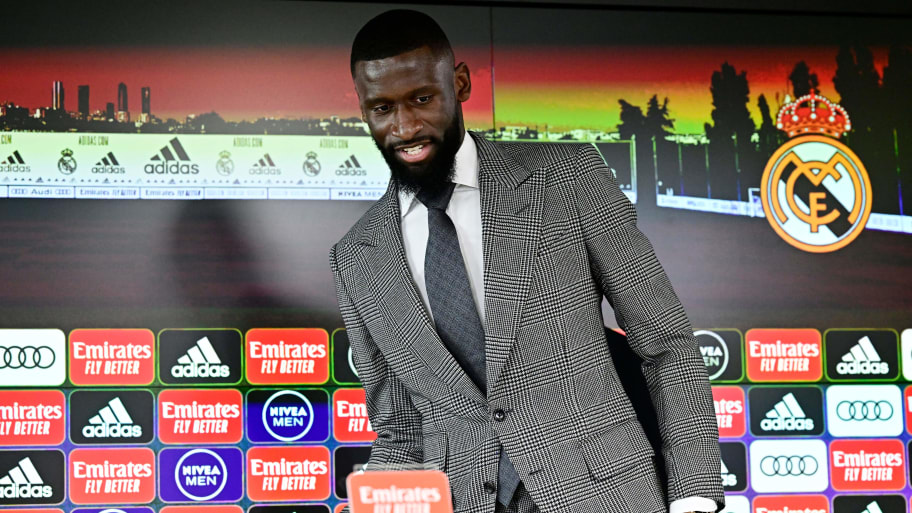 New Real Madrid signing Antonio Rudiger has revealed that he rejected interest from Barcelona because he was only interested in joining Los Blancos.

Rudiger let his Chelsea contract expire to seal a free transfer to Real, jetting in to the Bernabeu on Monday for his official presentation.

"It is a very special day," Rudiger told those in attendance. "I would like to thank my parents, because without them I could not be here. They have always supported me in my life.

"I also want to thank the president for giving me the opportunity to play for this club. And I want to thank the Madrid fans for their welcome, I can promise that I will give it my all. I want to win all the titles we can. Hala Madrid and nothing more."

Later in his press conference, Rudiger confessed that he did have the chance to join Barcelona but stressed he wasted little time in turning them down.

"There was interest from Barcelona, but I told my agent that it was Madrid or nothing," he admitted.

On his contact with Real, Rudiger added: "The first time they contacted my agent was in September of last year. The second time, in April, when I spoke with [Carlo] Ancelotti. This was the most important moment as it was at this moment that I decided to play for Madrid."