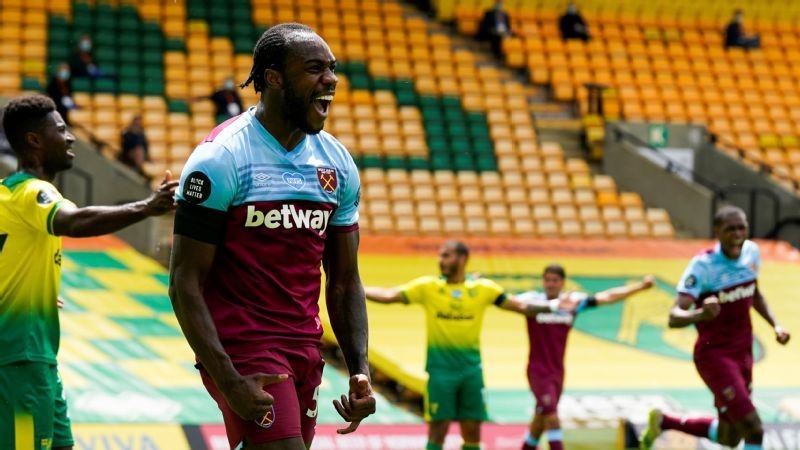 West Ham United consigned Norwich City to relegation from the Premier League as four goals from Michail Antonio gave the London side a 4-0 win at Carrow Road on Saturday.

The result leaves Norwich bottom of the standings with 21 points -- 13 adrift of 17th-placed Watford who beat Newcastle United 2-1 with three more rounds of fixtures to be played.

Michail Antonio was in sensational form as West Ham sent Norwich City straight back down to the Championship. Photo by TIM KEETON/POOL/AFP via Getty Images

Antonio constantly troubled the Norwich defence with his presence in the box and the 30-year-old struck twice in each half to become the first West Ham player to score four in a league game since 1981, doubling his season's tally.

West Ham, who are 16th, moved six points clear of the relegation zone and are above Watford on goal difference.