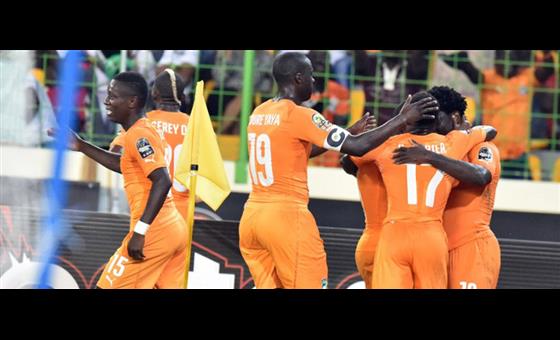 Ivory Coast are different from this year's tournament

Ghana legend Stephen Appiah believes Ghana can triumph over Ivory Coast in an explosive clash with the possibility of the two sides meeting in the quarter-final of the 2017 Africa Cup of Nations.

The Black Stars eased into the the quarter-final on Saturday when beating Mali 1-0 while the Elephants have struggled to glitter so far in the tournament.

The Elephants made heavy work of DR Congo to snatch a 2-2 draw on Friday, leaving the central African top of Group C.

Having drawn their first game, the Ivorians are likely to pick up the group's second place which means they will meet the winner of Group D currently led by Ghana.

A draw for the Black Stars in their last match against Egypt on Wednesday and a second place finish for the Ivorians means the two finalists in the last tournament will clash in the quarter-final.

Appiah does not believe the hype around defending Afcon champions Ivory Coast insisting the verve that characterised the Ivorians' win in 2015 is largely absent at the current tournament in Gabon.

"Ivory Coast have never played as a team but individually they are very good on the field," Appiah said in Accra.

"Collectively they are not good as people want them to play, but their brilliance at the individual level saw them through to win the last Afcon. I think they have to put their self interest down and play collectively."

The Elephants beat Ghana to win the 2015 edition after 23 years of not doing so. Their last group game against Morocco is now a must win, should they advance to the next stage.