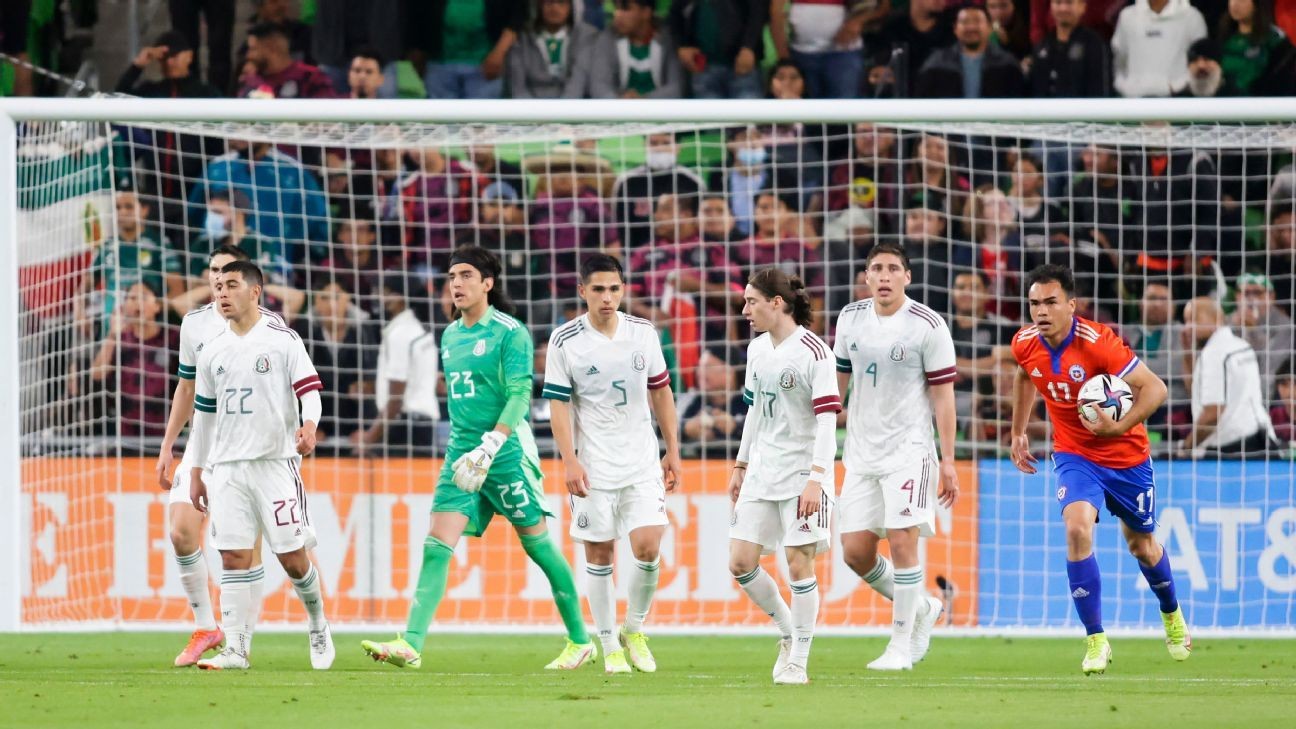 LA Galaxy defender Julian Araujo and Arsenal academy youngster Marcelo Flores made their Mexico debuts in a 2-2 draw against Chile in a friendly at Q2 Stadium in Austin, Texas.

With the match being played on a non-FIFA date, both sides featured line-ups with plenty of young faces and alternates. Araujo, who had filed a one-time switch from the United States national team in October, started for Mexico in his first match with the El Tri squad.

Mexico wasted little time in securing the game's first goal from Cruz Azul's Santiago Gimenez in the ninth minute. Chile, who had already tested Mexican goalkeeper Carlos Acevedo early on, ramped up their pressure in the attack and eventually equalized. Following a save from Acevedo, striker Ivan Morales pounced on the rebound and tapped in the shot to make it 1-1 in the 21st minute.

Mexico then responded with a set-piece in the 64th minute when Sebastian Cordova found his Club America teammate Jordan Silva through a well-timed cross. Silva leapt into the air and headed the ball into the back of the net, giving Mexico the lead with a 2-1 advantage.

Mexico coach Gerardo "Tata" Martino then made a series of substitutions, including bringing on the highly touted Flores in the 83rd minute.

However, El Tri were unable to hold on to the lead as Pablo Parra slid the ball towards the bottom right corner and past Acevedo to make it 2-2 the 86th minute.

Mexico pushed for a late game-winner but were unable to create one last opportunity before the final whistle.

Mexico wrap up the year ahead of the return of World Cup qualifying in January, while Chile travel to Los Angeles for another friendly against El Salvador on Dec. 11.