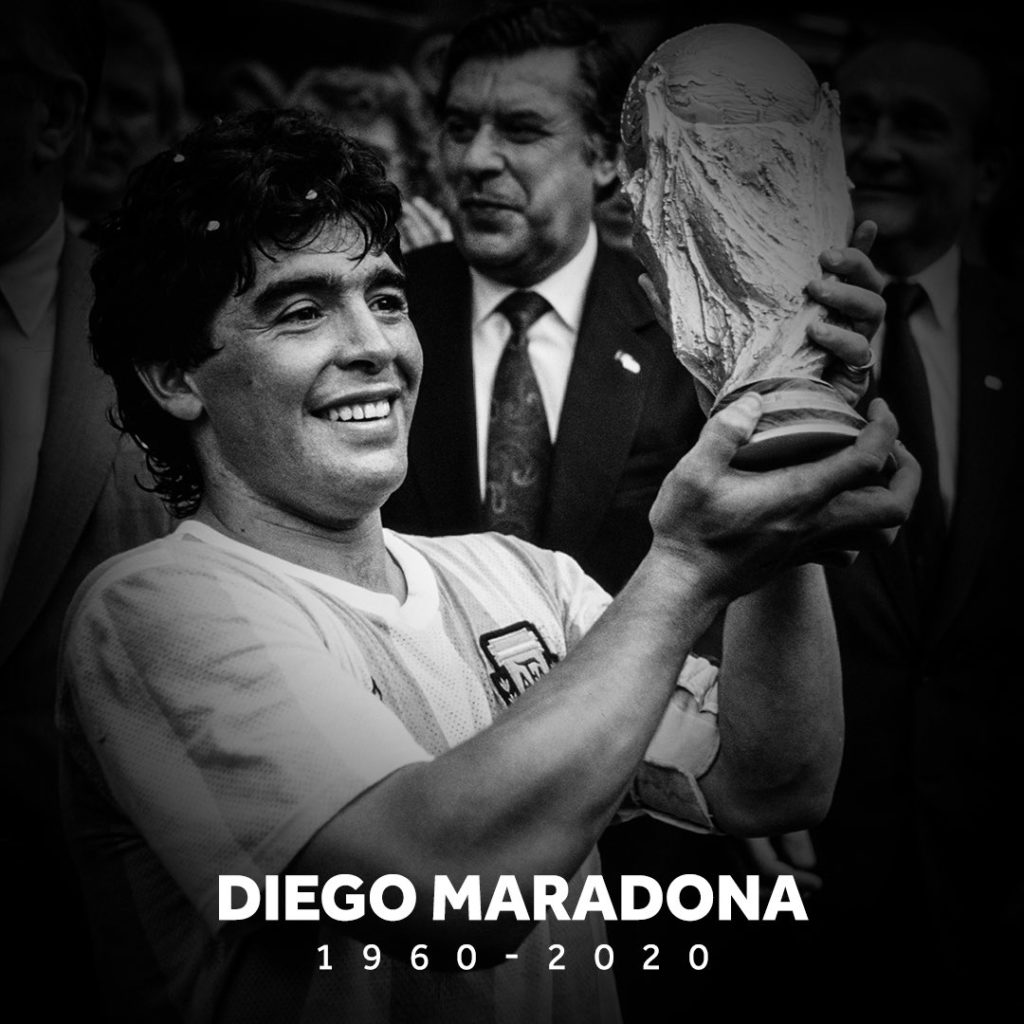 Argentine football god Diego Armando Maradona has passed on at the age of 60.

The three time World footballer of the year died on Wednesday November 25, 2020.

Mardaona had successful surgery on a brain blood clot earlier in November, and was moved to a clinic to be treated for alcohol dependency.

The 60-year-old was captain when Argentina won the 1986 World Cup, producing a series of sublime individual performances, including the famous hand of god goal against England in the semifinals of the competition.

He played for Barcelona and Napoli during his club career, winning two Serie A titles with the Italian side.

He was coach of Argentina at the FIFA World Cup in 2010.

He played 91 times for the South American giants, scoring 34 goals.