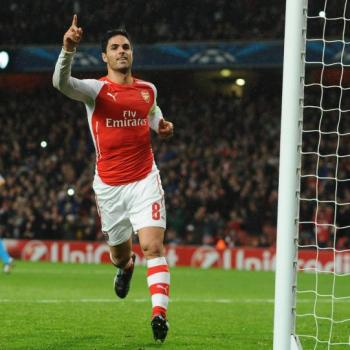 The Telegraph claims Tottenham Manger Mauricio Pochettino is interested in offering Arsenal captain Mikel Arteta a player/ coach role at Spurs. Arteta’s playing contract at Arsenal expires at the end of this season and the 34-year-old is yet to decide whether or not he wants to keep playing or make the move into coaching. Arsenal have currently only had casual talks with their current captain about his future. Arteta played with Pochettino at Paris Saint-Germain and described the Argentine as his “footballing father.” Incoming Manchester City manager Pep Guardiola is also rumoured to want Arteta in his coaching set-up.