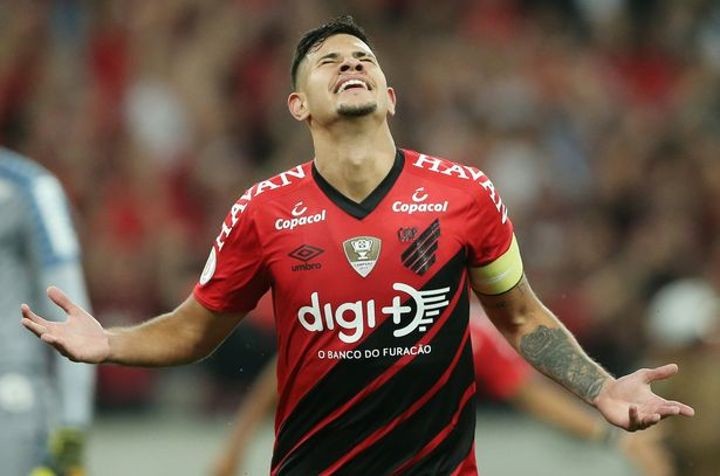 Arsenal are reportedly being used in an auction over Brazilian midfielder Bruno Guimaraes.

The Gunners have been credited with an interest in the 22-year-old, who plies his trade in Brazil with Athletico Paranaense.

Paranaense chief Mario Celso Petraglia confirmed Arsenal had been monitoring the player, but face competition from Portuguese giants Benfica for his signature.

He claimed Benfica had made an offer for Guimaraes earlier this week, believed to be worth £17m.

Petraglia claimed Arsenal had made enquiries and it has since been reported that the Gunners, led by sporting director Edu, could trump Benfica's offer and force Athletico's hand.

But reports in Portugal suggest Athletico have been using Arsenal to draw up further interest.

A Bola claims the reported interest from Arsenal forced Benfica into launching their initial offer over fears of missing out.

It is unclear if Arsenal will make an official offer for Guimaraes as Edu remains keen on bringing in young South American talent.

Arsenal are also thought to be keen on 17-year-old defender Yan Couto.

The Brazilian teenager is yet to make his senior debut for Coritiba but is rated very highly in his homeland.

Arsenal are keeping an eye on developments, as are Bayer Leverkusen, but reports suggest Barcelona are in pole position.

The La Liga giants are believed to have made an offer of around £4m for the teenager.