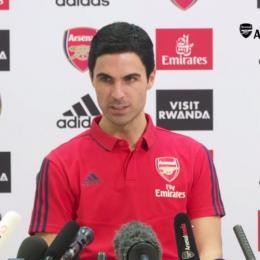 Interviewed by BBC Sport, Arsenal manager, Mikel Arteta, asked about the future ahead of 31-year old star striker, and Gunners captain, Pierre-Emerick Aubameyang, stated: "I feel good vibes about Pierre extending for Arsenal. And we hope he's going to stay put, in the long run. Every time I have the chance to talk to him, he's telling me how happy he is about being here at Arsenal. He feels in a steady position, and even his family is ok with it". Former Dortmund and Saint-Etienne hitman is tracked by a bunch of clubs around, including most Italian giants, most Spanish ones, and PSG.