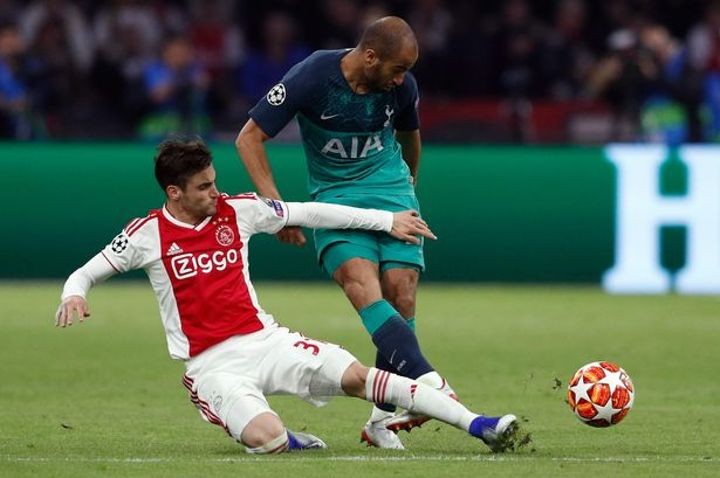 Arsenal are reportedly gunning for £20m Ajax star Nicolas Tagliafico - with the left-back believed to open to a transfer this summer.

Tagliafico is one of the best players in his position throughout Europe, and was one of the stars of his side's impressive run to the Champions League semi-finals last season.

The 27-year-old Argentine has continued to catch this season, and has chipped in with his fair amount of goals from defence - having scored five as well as providing seven assists.

Now Tagliafico is believed to be looking for a new challenge, and is reportedly keen to test himself in the Premier League.

And Arsenal boss Mikel Arteta is among those queuing up to secure his services, according to The Sun.

Tagliafico, who is also being monitored by Chelsea, Barcelona and Atletico Madrid, could be the answer to a problem the Gunners thought they had solved last summer when they signed left-back Kieran Tierney from Celtic.

Tierney, 22, managed 11 games for Arsenal this season, and his injury struggles have cast doubt over his long-term fitness.

A move for Tagliafico could also allow teenage prospect Bukayo Saka to move further forward to play in the more attacking position he was accustomed to during his time in the Gunners' youth ranks.

Saka scored three goals and laid on nine during an impressive breakthrough season for the Gunners, and could prove a more than useful attacking outlet if the North London club can persuade him to sign a new deal.

The 18-year-old is about to enter the final year of his contract with Arsenal, and his performances have earned him a host of suitors including Manchester United and Borussia Dortmund.

The Sun reports that the Gunners will offer Saka a huge pay rise, and are confident the England under-19 international will sign a new deal.