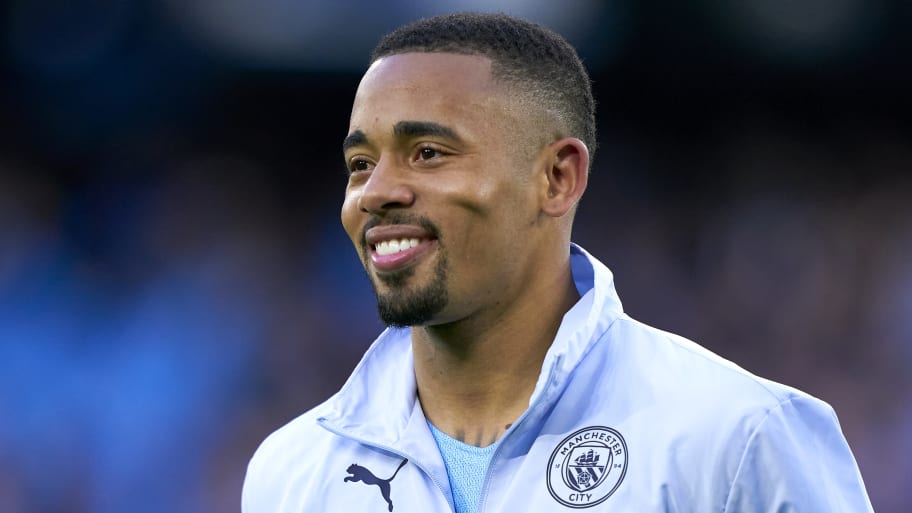 Arsenal have confirmed the long-awaited signing of Gabriel Jesus from Manchester City.

The Gunners have been on the hunt for a new forward and were linked with a number of players from across Europe, eventually sealing a £45m deal for Brazil striker Jesus.

“I’m very excited," manager Mikel Arteta said of the signing. "The club has done a tremendous job to recruit a player of this stature. I know Gabriel personally very well, and we all know him well from his time in the Premier League and being really successful here.

"This is a position that’s been on our radar for a long time now and we have managed to get a player that we all wanted, so I’m really happy.”

Technical Director Edu added: “We are delighted that we have secured the transfer of Gabriel. Everyone who knows football well, knows the qualities of Gabriel Jesus.

"Gabriel is a player who we have admired for a long time now. He is 25 years old and an established Brazil international who has consistently demonstrated that he is a player at a very high level. We look forward to seeing him join up with his new teammates ahead of the new season. We all welcome Gabriel to Arsenal.”

90min understands that Jesus was keen on joining Arsenal after Arteta, who previously served as assistant coach at City, outlined his long-term vision, with the 25-year-old particularly pleased with the opportunity to play as a centre forward again.

Jesus spent much of the 2021/22 season playing on the right flank for Man City, and his route back to becoming their starting striker was made tougher following this summer's arrival of Erling Haaland.

This article was originally published on 90min as Arsenal complete signing of Gabriel Jesus from Man City.