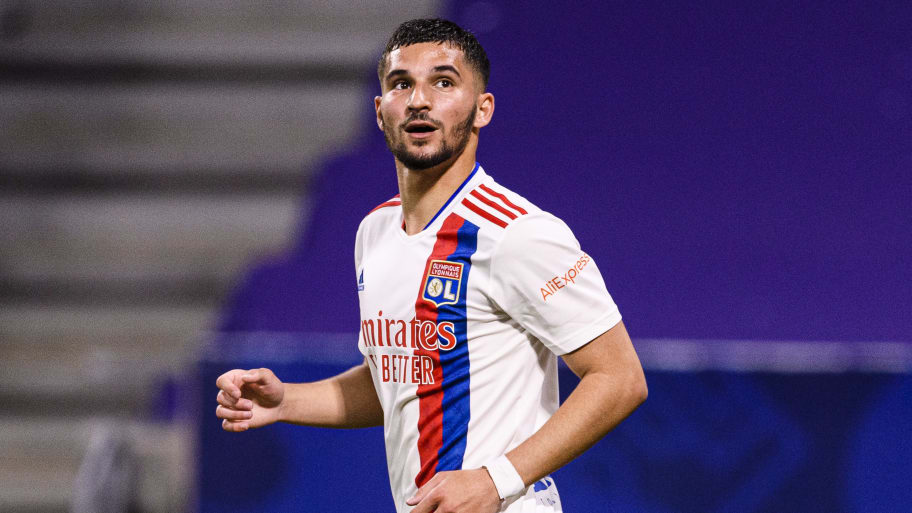 Arsenal could soon make an approach for Lyon midfielder Houssem Aouar for the second summer in a row as part of a wider squad overhaul, with hopes that the French club’s failure to qualify for the Champions League could force the price down from last year.

Aouar played a major role as Lyon unexpectedly reached the Champions League semi-finals in 2019/20, knocking out both Juventus and Manchester City along the way.

His impact there prompted transfer speculation about a high profile move, although with no offers meeting Lyon’s valuation he stayed put for the 2002/21 campaign.

Arsenal were one of the clubs interested a year ago and were thought to have had two bids rejected by Lyon in September. Both bids were more than €20m shy of Lyon’s firm €60m price tag.

The Gunners are still in the market for central midfielders to rebuild a squad capable of matching the club’s expectations following a 26-year low Premier League finish in 2020/21.

90min has already revealed that the Kroenke family have given the green light to spend close to £250m on at least five new players to fill key positions, on the condition that signings are young talent with the potential to improve and increase in value in the future.

Arsenal are initially focusing their search a new goalkeeper, central defender, full-back and two central midfielders. However, with the club also keen to move several existing players out of the Emirates Stadium, which could additionally help raise funds, there could be more as well.

The Gunners have had eyes on midfield trio Albert Sambi Lokonga, Yves Bissouma and James Maddison of Anderlecht, Brighton and Leicester respectively. But Aouar could come into that as well as he still ticks all the right boxes at the age of just 22.

The Sun claims Arsenal are preparing a contract offer to the player worth £100,000 per week and hope that they can knock Lyon down to as little as a £20m transfer fee in the circumstances.

Lyon finished fourth in Ligue 1 in the recently concluded 2020/21 season, missing out on one of France’s three Champions League places by just two points. It means they cannot rely on Champions League revenue to boost income in their recovery from the pandemic. The collapse of Ligue 1’s broadcast deal in early 2021 and subsequent replacement with a less lucrative contract should also not be overlooked when considering the financial health of French clubs.

Arsenal’s midfield may need particular attention, with Granit Xhaka linked with a switch to Roma and Matteo Guendouzi a saleable asset with no obvious future in north London. Sales of both and others of no use to Mikel Arteta could raise cash to help fund the spending project.

90min has also previously revealed that Arsenal are looking to sell 30-year-old striker Alexandre Lacazette this summer rather than offer him a new contract, further highlighting the club’s intent to lower the age of the squad and ensure that players retain high sell-on value.

This article was originally published on 90min as Arsenal eye move for Houssem Aouar in cut-price deal.