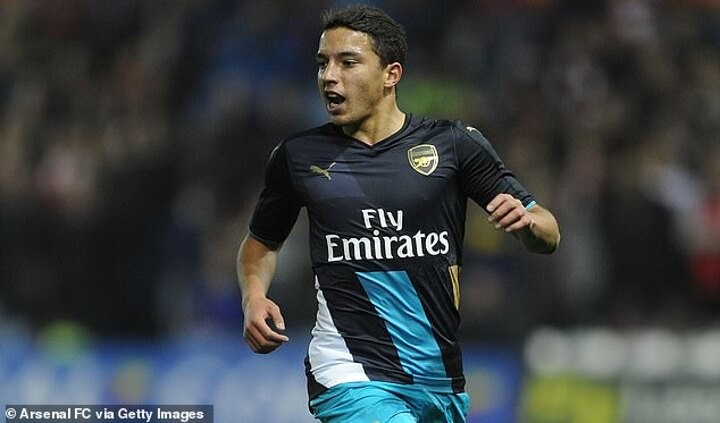 The Arsenal board are reportedly furious that the club let Ismael Bennacer leave the Gunners in 2017, with the French midfielder now tearing up Serie A with AC Milan.

The Frenchman helped his new side to promotion straight away in his first season there but at the end of the following season AC Milan placed a £14million bid.

And according to Calciomercato, Arsenal had the option to match Milan's bid via a clause in Bennacer's contract but the Premier League club - then managed by Unai Emery - turned down the opportunity as the offer was too large.

The report says the Gunners chiefs are frustrated with that lack of activity as the  23-year-old is now at the top of his game and has played an integral role in Milan's rise to the summit of Serie A this season.

The Rossoneri are five points clear at the top of the Italian top-flight after nine matches, with an unbeaten start to the season. Bennacer has played eight times for Stefano Pioli's side, contributing two assists.

The Gunners currently have several midfielders at the club, including £45million summer signing Thomas Partey, along with Granit Xhaka, Dani Ceballos, Mohamed Elneny and Ainsley Maitland-Niles.

The midfielder played just one game for Wenger's Arsenal - a surprise substitute appearance following an injury crisis in a 3-0 League Cup defeat to Sheffield Wednesday in 2015.

Bennacer claimed that Wenger placed him in the wrong position during his only game for the Gunners - a wide position rather than his natural midfield role.

The 23-year-old told Sportsweek, as reported by Goal: 'In September (2015), finally, I played my first game. In the League Cup, against Sheffield Wednesday.

'Alex Oxlade-Chamberlain got injured, Theo Walcott was brought on in his place and after two minutes he gets injured too, so Wenger throws me on.

'The problem is that he puts me wide left in the front three, it's a role I've never played before. I felt a crazy pressure on me. I lost a few balls, but I recovered a few.'

The Frenchman also revealed he had the chance to stay at Arsenal and fight for a first-team spot, but the midfielder opted to bite the bullet and go somewhere he felt wanted.

He added: 'After that (Sheffield Wednesday game) I didn't play anymore, but I have no regrets. I trained with important players like Mesut Ozil and Santi Cazorla.

'I still had a four-year contract with Arsenal, but I went where they really wanted me.

'I didn't know Empoli but I accepted to go down from the Premier League to the Italian Serie B because that was the club that wanted me most of all.

'The reason why I went to AC Milan, I chose them for their history, but even more because his project was the best for me.'