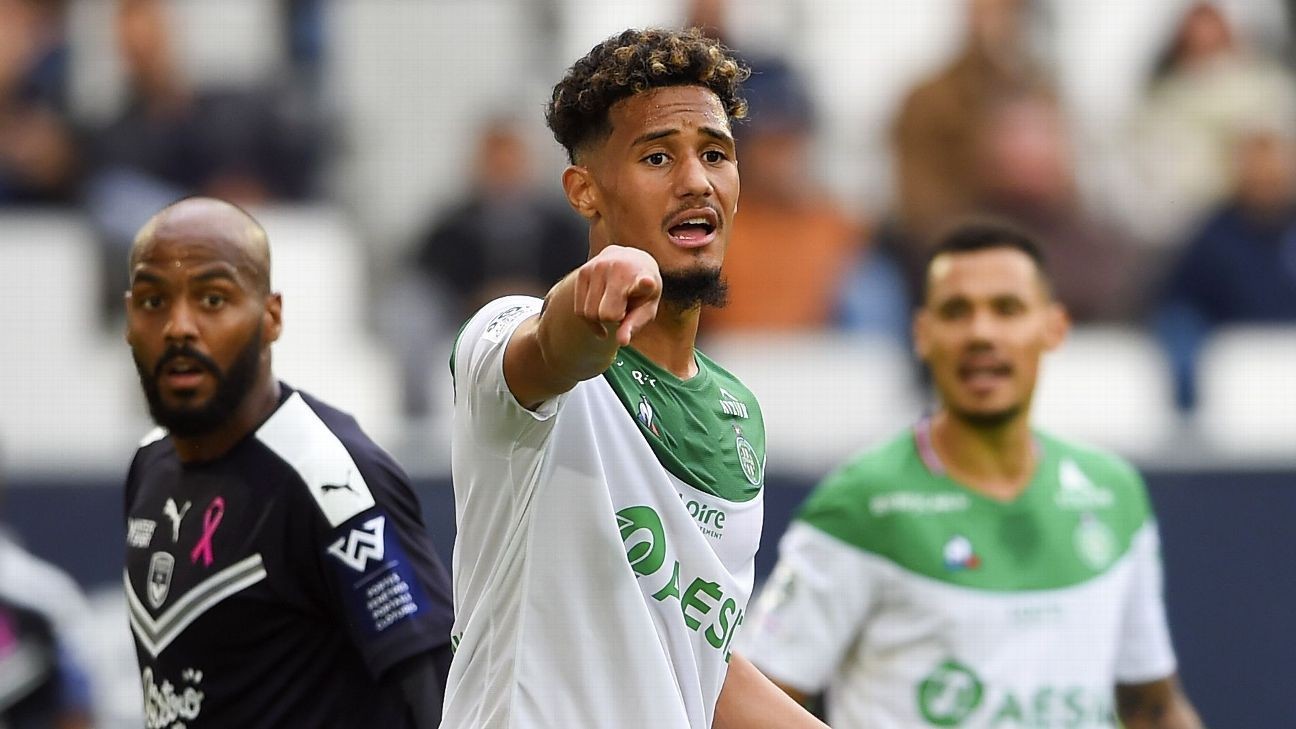 A row has broken out between Arsenal and Saint-Etienne after William Saliba's loan extension talks collapsed less than 24 hours after Gunners head coach Mikel Arteta told the 19-year-old he deserves to play in the Coupe de France final.

Arsenal signed Saliba from Saint-Etienne in a £27 million deal last summer before loaning him back to the Ligue 1 club on a deal which expired on Tuesday.

The two clubs had been in talks over an extension until after Les Verts face Paris Saint-Germain in France's domestic showpiece on July 24.

However, no deal was reached, with Saint-Etienne citing "unacceptable sporting and financial reasons," which is reported to focus on Arsenal's reluctance to make an extra €2.5m payment due to a clause being triggered if he made 17 starts for the club this season. He is currently on 16.

On Wednesday, the Gunners released a contradictory statement saying talks faltered over a disagreement regarding Saliba's training programme which jeopardised the player's welfare.

"Throughout our discussions with Saint-Etienne, our aim has been to protect the welfare of William Saliba as well as the interests of Arsenal Football Club, while honouring the terms of the loan," the statement said.

"Despite the loan ending on June 30, we were willing to find a way for William to play in the [French] cup final on July 24, despite having no contractual obligation to do so.

"As William is returning from injury, we asked that Saint-Etienne follow a clear training plan with William in close collaboration with us, to ensure he is fully fit for the start of next season.

"To our surprise we were unable to reach agreement to this plan which was proposed by our medical experts, and we are simply not prepared to risk the welfare of an Arsenal player.

Transfer window Q&A: How will the summer market work?

"While it was not our primary concern, and ultimately not relevant as our training plan was not accepted, we also expected not to be financially disadvantaged by extending the loan. This was also not acceptable to Saint-Etienne.

"We know this is a disappointment for William but he understands we are working to protect his long-term interests and those of Arsenal."

Saliba is not eligible to play for Arsenal this season and is also recovering from an ongoing foot injury.

The coronavirus pandemic forced the premature end of the Ligue 1 campaign and although Saint-Etienne expected Saliba to be available for the Cup final later this month, Arsenal want to use the intervening period to concentrate on building his fitness for next season.