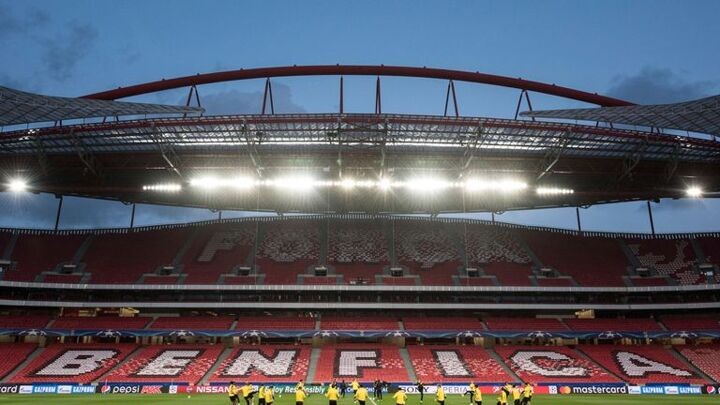 Arsenal are in talks about playing the first leg of their Europa League last-32 game against Benfica next month at a neutral venue.

Arsenal are due to play the first leg of the Round of 32 tie in Lisbon on February 18, however, they may not be allowed to fly to Portugal because of government concerns about new coronavirus variants.

Arsenal are prepared to play the game at a neutral venue but Benfica want to play at their home ground.

The second leg is at the Emirates Stadium on February 25.

Arsenal claimed maximum points from Group B, scoring 20 goals in the process - the most ever by an English team in a UEFA Europa League group.

Benfica came through Group D undefeated, with three wins and three draws, but had to settle for second place behind Rangers.

The two sides have appeared in five UEFA Cup and Europa League finals between them but never lifted the trophy.

Arsenal will have Martin Odegaard in their ranks by the time they play Benfica after agreeing a deal to sign the Real Madrid midfielder on loan until the end of the season.

Odegaard will undergo a medical in the next 24 hours before completing his temporary move to north London.

The 22-year-old made it clear he wanted to leave this month in order to play regular first-team football, having played just nine times in all competitions for Real Madrid this season.

Odegaard is set to become Arsenal's second signing of the January window, after the club secured the services of Brighton goalkeeper Mat Ryan on a six-month loan deal.