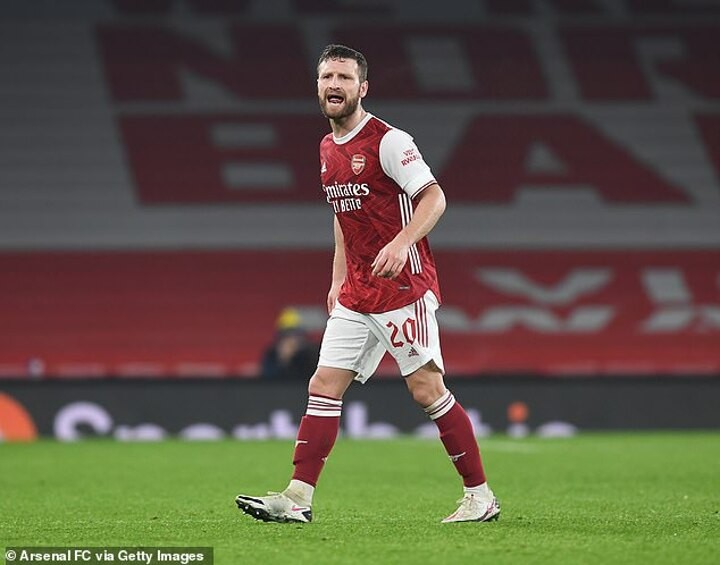 Arsenal are hoping to continue their January clear-out by terminating the contract of Shkodran Mustafi.

Arsenal have already struck similar deals this month in order to move on Mesut Ozil and Sokratis and 28-year-old Mustafi's deal runs until June. Sead Kolasinac has also been loaned out to Schalke.

Martin Odegaard spent Monday at Arsenal's training ground ahead of Arsenal finalising his loan move from Real Madrid on Tuesday.

Mustafi has been used sparingly this season, with the centre-back having been restricted to just three Premier League appearances.

Rob Holding has established himself as a key part of Mikel Aryeta's plans, while Gabriel, David Luiz, Pablo Mari and Calum Chambers are also ahead of Mustafi in the pecking order.

Mustafi continued to train with the Arsenal squad on Monday but could soon end up leaving.

In total Mustafi has played 151 times for Arsenal since he joined from Valencia in 2016.