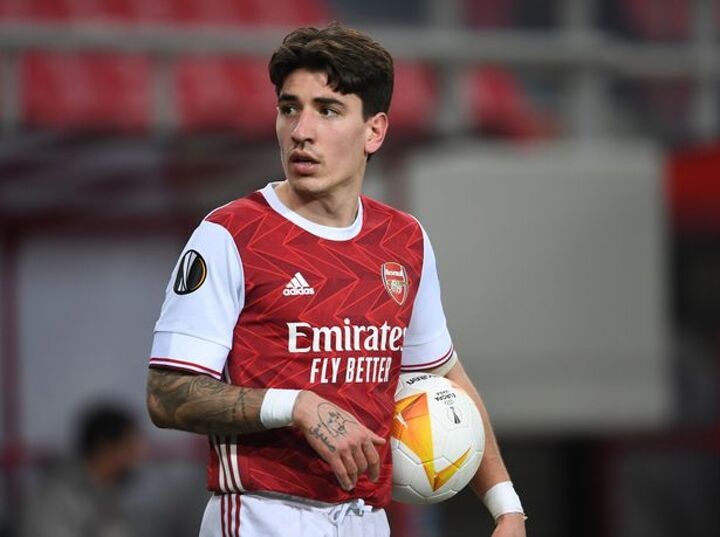 Tony Adams has offered a damning assessment of Arsenal's right-back options by suggesting the club should sell both Hector Bellerin and Cedric Soares.

The former Arsenal captain has been critical of Bellerin in the past, while the signing of Cedric has also raised a number of questions.

Bellerin - Arsenal's vice-captain - has been linked with a move away this summer already, with PSG or Juventus the leading candidates to land his signature.

He has been a regular under boss Mikel Arteta, with Cedric deputising when called upon either at right-back or on the left in place of Kieran Tierney.

But Adams feels his old club need to bring in a better alternative to fill the position long-term if they want to progress.

He told  Stadium Astro  : "If you’re bringing players in who are a lesser standard, you don’t get someone that’s less than what you’ve got.

"Cedric, is he better than Bellerin? Have you made an improvement there? Take it or leave it.

"Or are you telling me we need two? Get rid of two and get a good one! That would be the opinion that I would have.

"You always bring in players better than the ones you have got or don’t bring them to the club."

While selling Spanish international Bellerin could be a simple task - given interest in him from across Europe - offloading Cedric would likely prove more difficult.

Cedric only signed a four-year contract with Arsenal in the summer following his switch from Southampton.

Meanwhile, Arsenal could boost their own transfer kitty this summer by allowing forward Alexandre Lacazette to depart.

The Frenchman - who turns 30 in May - has been linked with a switch to Monaco as his contract at the Emirates approaches its final 12 months.

Atletico Madrid and Roma are also interested, and it appears unlikely Lacazette will be offered a new deal.

"We will talk in the summer and make a decision on what is going to happen," Arteta said in January.

"We haven't talked about anything relating to his contract. I'm delighted with the way he is performing, the goals he is scoring and the form and energy he is in at the moment. He needs to keep doing that."