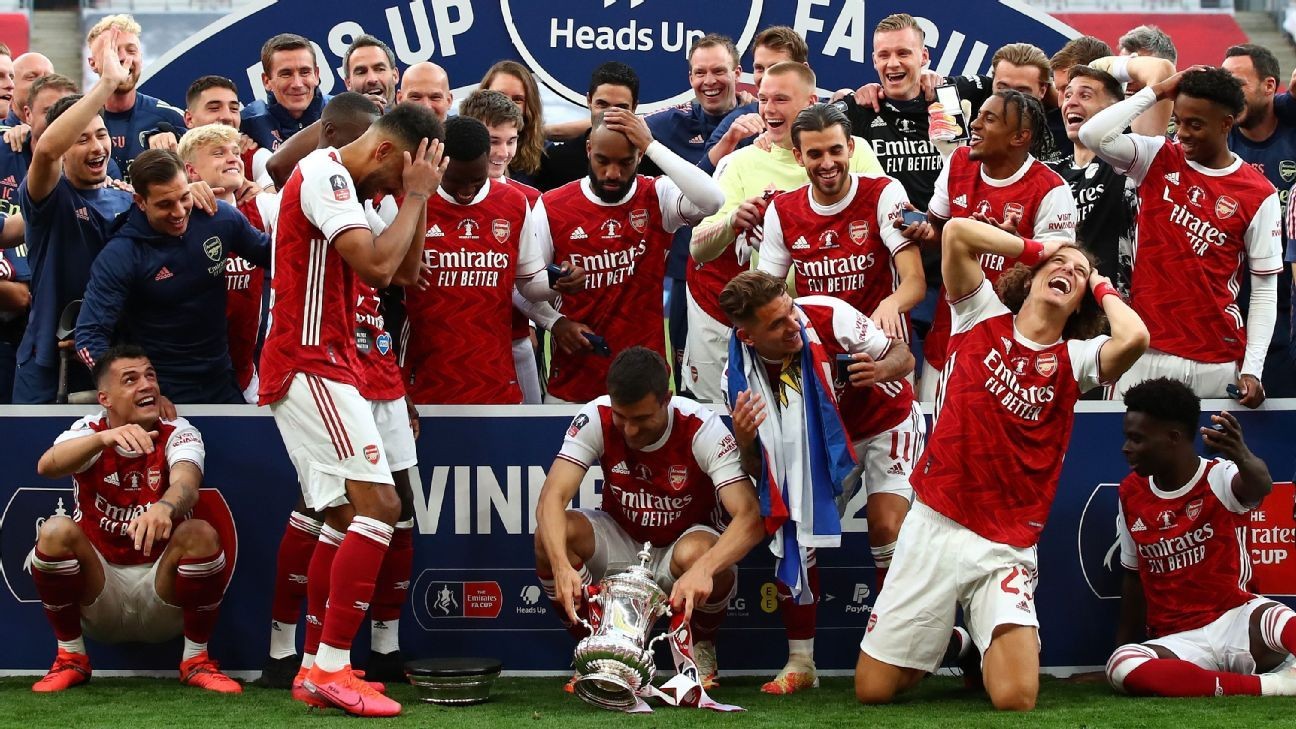 Congratulations are most definitely due to Arsenal for winning the FA Cup, beating Chelsea 2-1 in the first ever socially distanced final at Wembley on Saturday evening.

It marks the 14th time the Gunners have got their hands on the trophy and the 25th season in a row in which they've qualified for Europe, which is quite a feat in itself.

Pierre-Emerick Aubameyang may have scored the two vital goals that earned the victory but he still looked slightly out of sorts once tasked with lifting the cup after the game.

Having first struggled to lift the cup from its plinth, the Gabonese striker proceeded to awkwardly chuck the trophy on the floor while attempting to carry it over to the rest of the team.

With the lift finally mastered, the celebrations could really begin as Mikel Arteta relished winning his first piece of silverware as Arsenal manager.

Indeed, Arteta becomes the first Gunners boss to win a major trophy in their debut season since George Graham, who won the League Cup in 1986-87.

The Arsenal academy also looked on with pride as four of their recent graduates were involved on the big day: Bukayo Saka, Joe Willock, Eddie Nketiah and Reiss Nelson.

Back in the changing room, the customary dancing took place as champagne suds covered the tiled floor and quickly turned the whole thing into a perilous health hazard.

Scenes in the dressing room 🙌🏆

Ever the fashionista, Hector Bellerin found a novel way to wear his FA Cup winner's medal, by dangling it from his ear.

However, there can be no doubt that the most emotional man of the pitch was goalkeeper Emiliano Martinez who could be seen weeping tears of joy as he called home to break the good news.

The Arsenal goalkeeper, who has filled in admirably for the injured Bernd Leno, then topped off his special day with a sneaky trip to McDonalds with friend Lucas Torriera.

We can think of no better way to mark such a historic day -- though the fact that Arsenal's cup win also serves to bump Tottenham down the continental pecking order and into preliminary qualifying rounds of the Europa League is also likely to be considered the perfect bonus.

All in all, a good day for the Gunners.