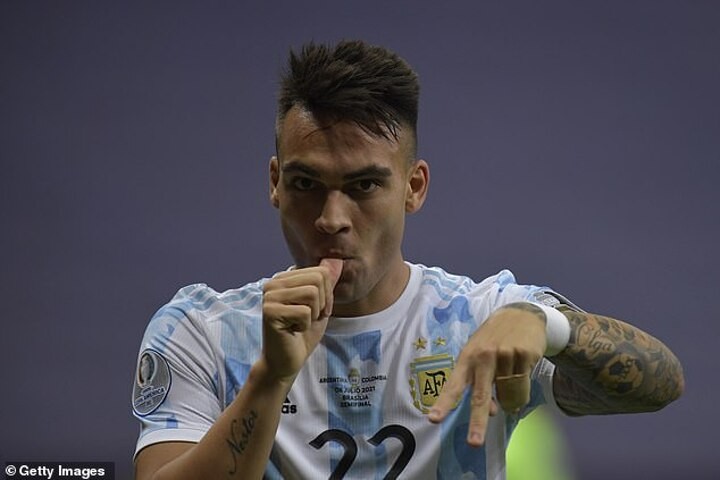 The Gunners are set to sign England defender Ben White from Brighton for £50million and they have also been attempting to sign Sheffield United goalkeeper Aaron Ramsdale.

They have added Portuguese full-back Nuno Tavares and Belgian midfielder Albert Sambi Lokonga to their ranks for £22m.

Arsenal boss Mikel Arteta wants to sign a new striker before the end of the window and Chelsea's Tammy Abraham is on their shortlist but the Champions League winners are demanding a £40m transfer fee.

Arsenal are looking at alternatives and have made an inquiry to Inter about Martinez, according to The Telegraph.

Earlier this month, it was reported that Inter were willing to sell Martinez for €90m (£77m) this summer.

Martinez, who scored 19 goals in 48 appearances last season, still has two years remaining on his current contract at the San Siro.

The Gunners are still interested in signing 23-year-old England international Abraham, who has fallen dramatically down the pecking order at Stamford Bridge.

Arteta is an admirer of Abraham and it has been Arsenal's intention to bolster their strikeforce for several months now.

It has been reported the deal will take the form of an initial loan with a £40million obligation-to-buy clause included.

However, as The Athletic report, with Abraham's eventual price tag and wages pretty substantial, Arsenal will need to offload Alexandre Lacazette and Eddie Nketiah first.

The pair have one year remaining on their existing contracts and so Arsenal would risk losing them for nothing in the summer of 2022.

Nketiah, 22, who scored six goals in 29 outings for the club last season, has been offered a new contract but wants assurances about his long-term future before signing it.