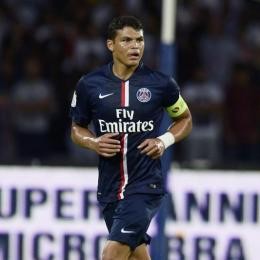 According to Le10Sport, 33-year old centre-back/half-back David Luiz, who had his deal with Arsenal extended less than ten days ago, might help fetching Brazilian international defender and personal friend of his Thiago Silva (35). The latter, tracked by Everton, Fiorentina, and Tottenham, as well as by AC Milan on a move back, is leaving PSG on a free move, after eight seasons in.