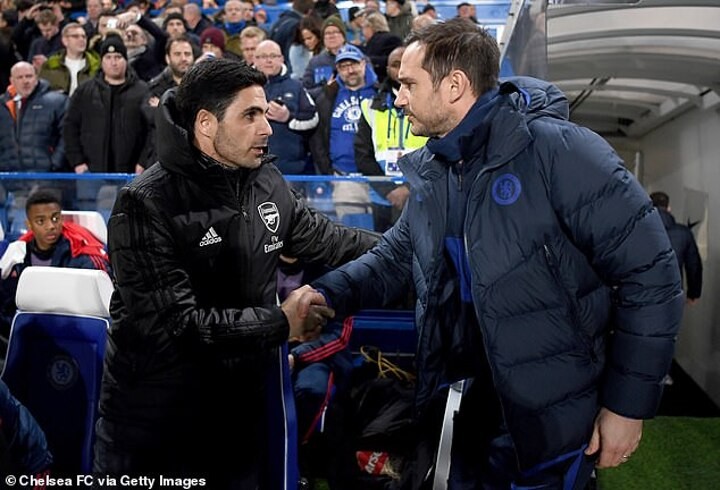 Arsenal manager Mikel Arteta survived a difficult run of form earlier this season and looks to have turned the club around and the Spaniard said his Chelsea counterpart Frank Lampard should also be given time to get them back on track.

Lampard is under huge pressure at Chelsea after Tuesday's 2-0 loss to Leicester City saw them slip to eighth. They have now lost five of their last eight in the Premier League.

'I have known Frank for a few years and I spent some time with him and I would like the club to support him and give him a chance,' Arteta, who like Lampard captained the club he now manages, said.

'He has huge experience as a player, he is an icon over there. You need time, and something we have not had in this calendar year is time to work on anything.'

Arsenal's form nosedived during November and December and Arteta only managed to turn the tide with a win over Chelsea on December 26. They are now unbeaten in six games in all competitions.

'I can only talk about what I have experienced ... it was full support in difficult times,' said Arteta, whose side face Southampton in the FA Cup fourth round on Saturday.

'Fortunately if they see what you are trying to do is going to have rewards in the future, and they are a little bit patient, most of the time it pays off.'