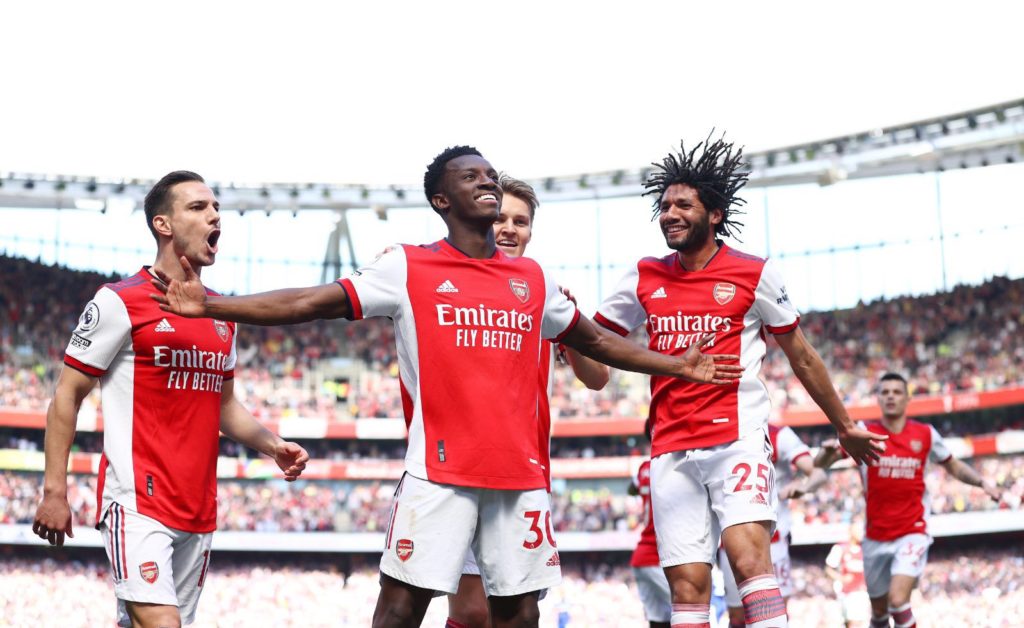 Arsenal manager Mikel Arteta is not in a hate to make a comment about Eddie Nketiah's future at the club despite his rich vein of form.

The victory keeps the Gunners fourth on the table with three games remaining but the future of Nketiah remains undecided with just a month remaining on his current deal.

"Eddie is doing what he’s done all season, he’s been very consistent, with his performances and how little he is giving things away! Let him be, let him enjoy the moment because he completely deserves it and things will happen naturally," he said after the victory over Leeds United.

Nketiah has now netted four goals in 18 Premier League appearances, with all four coming in his last four games.

The England youth international is set to make a nationality switch and represent Ghana at the World Cup in Qatar later this year.