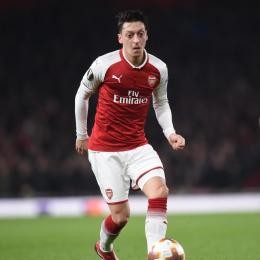 According to The Sun, former German international attacking midfielder Mesut Ozil (31) revealed some of his closest friends he's going to leave Arsenal after current season's over, and is either joining Turkey or USA. Playing for Gunners since 2013/14, former Real Madrid playmaker has been linked to Fenerbahçe, Los Angeles Galaxy, and Inter Miami, indeed.