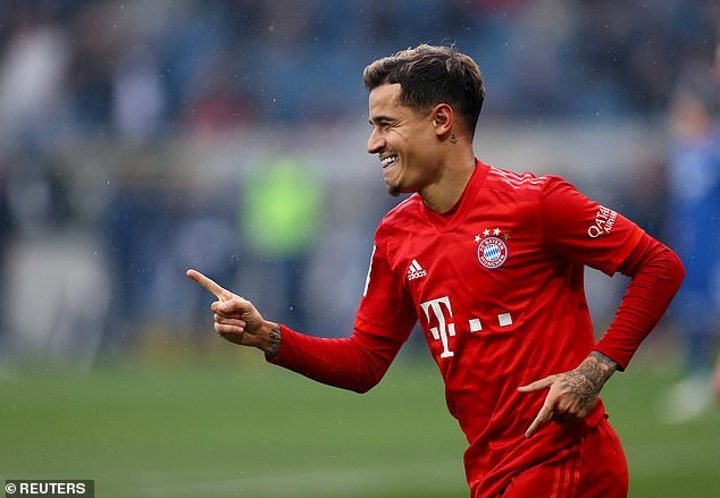 Arsenal have reportedly opened talks with the agent of Barcelona midfielder Philippe Coutinho ahead of launching a bid this summer.

Coutinho is on a season-long loan deal at Bayern Munich but the Bundesliga club have revealed they won't activate the option to make the move permanent.

That means the Brazilian will return to Barcelona at the end of the season, where he appears unlikely to regain a place in the starting XI.

Coutinho moved to the Nou Camp from Liverpool three years ago but has failed to secure regular first team football and looks set to leave this summer.

According to Le10sport.com, Arsenal have made the 27-year-old one of their top transfer targets and opened talks with his agent, Kia Joorabchian.

Gunners boss Mikel Arteta is believed to be a huge admirer of Coutinho, who can play either in an attacking midfield role or as a left sided forward.

It was in those two roles that he rose to prominence at Liverpool, where he spent four seasons before moving on to Barca in a £142 million deal.

During his time at the Reds, Coutinho scored 41 goals in 152 games and established himself as one of Europe's most highly-rated attacking talents.

Now he'll be determined to reestablish his reputation and Arsenal could provide the opportunity to do just that as Arteta looks to rebuild the Gunners squad he inherited when he replaced Unai Emery in December.

Arsenal could face competition for his services from a host of top European clubs, as well as Premier League rivals Chelsea who are also reported to be weighing up a move.