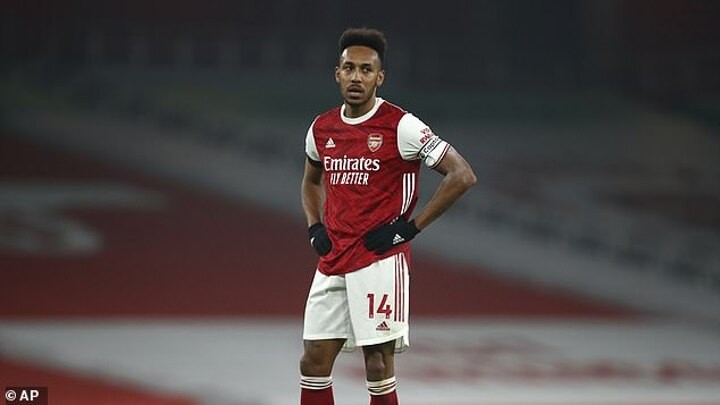 Rio Ferdinand has urged Arsenal pair Alexandre Lacazette and Nicolas Pepe to do more to ease the goalscoring burden on Pierre-Emerick Aubameyang.

The Gabon striker has been the Gunners' go to man when it comes to goals in the Premier League over the past two seasons, grabbing 22 goals in each of the last two seasons.

His form at the start of this campaign has wavered after signing a new deal in the summer, and it has coincided with a downturn in fortunes for Mikel Arteta's side on the pitch.

However, Ferdinand insists that the burden to deliver cannot fall solely at the feet of the former Borussia Dortmund frontman, and believes Lacazette and Pepe have to look at their own contributions.

'There’s not goals in the team at the moment,' he told the Five Youtube channel.

'When Aubameyang doesn’t bang nobody else seems to be stepping up, that’s the problem.

‘Laca man! We need Laca to come up with some goals man! Pepe! When you get your chance come in and bang. We haven’t seen that cutting edge from this Arsenal team.

‘Arteta came in and steadied the ship and told them: "This is what I’m doing, this is my team this is what I do at Arsenal" and the players responded to it.

‘Aubameyang in particular was scoring goals but this just shows you how reliant this team is on Aubameyang. If he doesn’t score then Arsenal aren’t the same team man.’

Lacazette is currently Arsenal's top scorer in the Premier League, having scored three in eight appearances this season.