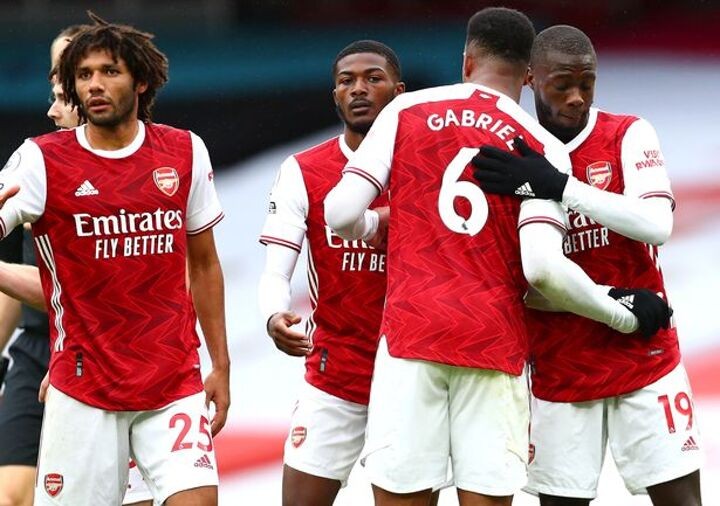 Arsenal star Gabriel Magalhaes has admitted Nicolas Pepe played a major role in his decision to join the Gunners.

Mikel Arteta splashed the cash in the summer, bringing in the likes of Gabriel, Willian and Thomas Partey.

It follows a bright start to management for the Spaniard, who has already won the FA Cup and the Community Shield.

Fans have even started seeing the Gunners as potential dark horses in the Premier League, with uncertainty over Liverpool and Manchester City.

Much has been put down to Arsenal's defence, which has cost them goals and points in the past.

But the bright start from Gabriel has got fans believing they have finally got the answer to their problems.

The Brazilian was wanted by a number of clubs in the summer but chose to sign for Arteta's side.

And the 22-year-old has admitted Pepe was a huge part of that decision.

The two played together at Lille, with the Ivorian forward moving to Arsenal the summer before for a club-record fee.

Speaking to Sky Sports , the Brazilian said: “I spoke with Pepe before I moved.

“I asked him how it was at the club.

“Of course, he influenced my decision. He was one of the reasons why I decided to move to Arsenal.

“It was because I had played with him.”

Arsenal face Leicester tonight in a huge test for Arteta and his title ambitions, though the Foxes have found themselves in a rut.

Since beating Manchester City 5-2 in an extraordinary win, they have been beaten 3-0 by West Ham and 1-0 by Aston Villa.

Both Arsenal and Leicester have Europa League commitments, with the two claiming victories in their first group stage matches.

The Gunners face Dundalk next in a historic encounter for the Irish outfit, furthering the tragedy of no fans being allowed in grounds.

Arteta then faces a very different opponent at the weekend when his side travel to Old Trafford to face Manchester United.