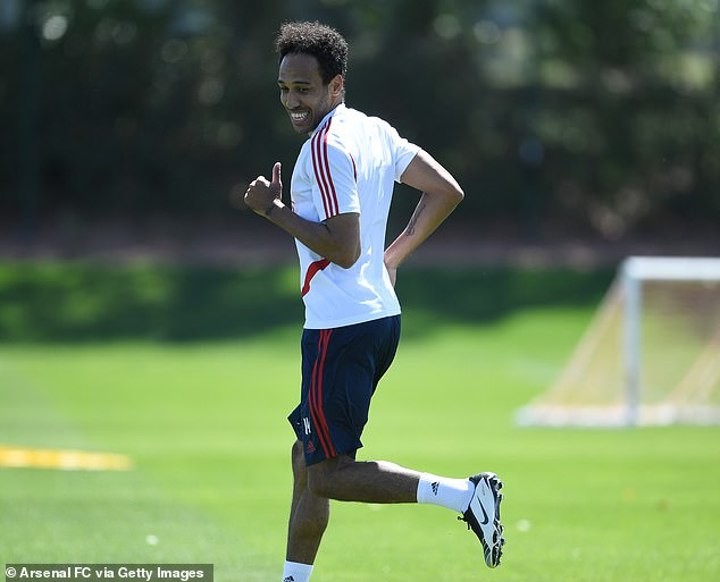 Arsenal's top-scoring striker and captain Pierre-Emerick Aubameyang, who raced for McLaren in Sunday's virtual Monaco Formula One Grand Prix, is considering setting up his own esports team.

The Gabonese is a keen video gamer, and has been getting in plenty of practice during the COVID-19 lockdown with the Premier League out of action.

He is also a lover of fast and expensive cars, with a couple of Lamborghinis and an exclusive pearl-wrapped Ferrari LaFerrari in his garage.

'I play FIFA of course, but this year a lot of Fortnite and I definitely need to play Warzone: Call of Duty,' he said in a video conversation with McLaren's regular F1 race driver Lando Norris ahead of Sunday's race.

'Iâm actually thinking about launching an esports team and Rocket League is definitely a game that Iâd need to have a team for,' he said.