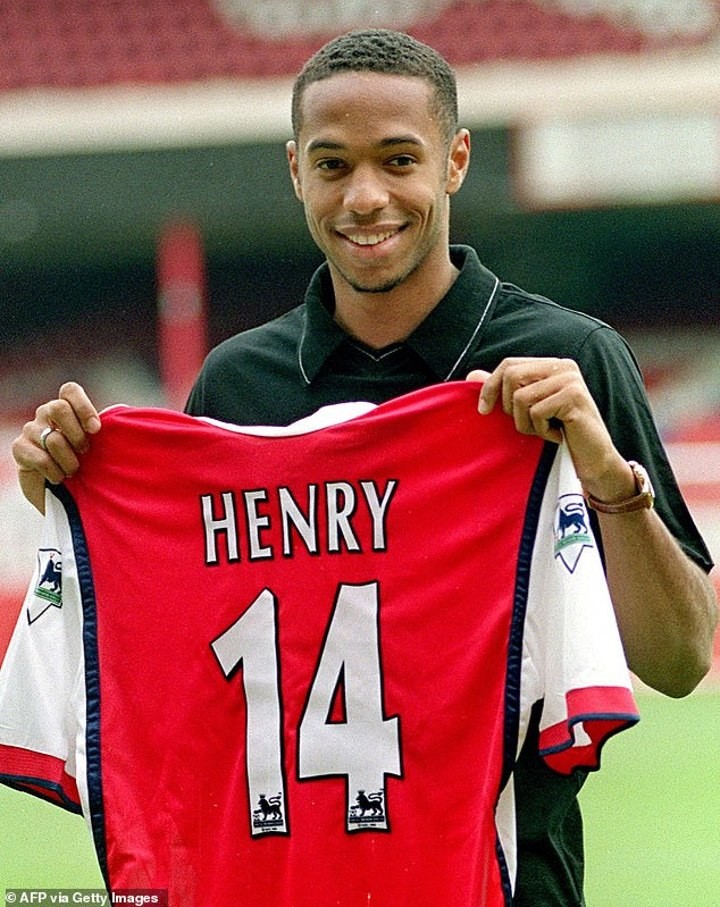 Arsenal stars feared they had no chance of winning the Premier League when Thierry Henry first arrived at the club, Ray Parlour has revealed.

Henry was a World Cup winner when he arrived in 1999 but had struggled as a wide man at Juventus before Arsene Wenger transformed him into a leading striker.

But the Frenchman struggled to hit his stride at Highbury and failed to find the back of the net in any of his first seven league appearances before netting away at Southampton.

'Henry was amazing, when he first turned up, we thought he couldn't hit a barn door. Seven games, scoring no goals, we can't win the league with Thierry', he told Sky Sports' The Football Show on Wednesday.

Henry went on a hot streak in the second half of the season and ended his debut campaign in England with 26 goals in all competitions as Arsenal reached the UEFA Cup final.

He went on to inspire the Gunners to two league titles and the Double in 2002 and became the club's all-time leading scorer with 228 goals across two spells.

But Parlour believes his strike partner, Dennis Bergkamp, was the better of the two.

'I'd have to pick Dennis slightly, he changed the attitude with the British players as well. His training methods, professionalism was first class', he continued.

'He used to stay behind training and train on his own. What a special player as well. A little bit like Cantona.

'Dennis was the one who would always be in the right place at the right time. He always read your mind as well. I think Dennis was a cut above everyone else at that time, but Thierry would go close as well.'

The Dutchman arrived in north London from Inter Milan in 1995 and enjoyed 11 successful years there.

He was the PFA Players' Player of the Year in 1998 and won three league titles, including the Double twice.