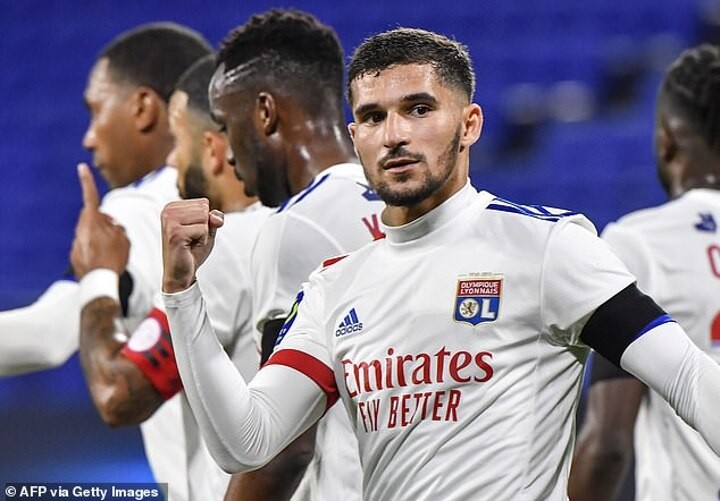 Arsenal are reportedly still keen on bringing in Lyon's Houssem Aouar to bolster their midfield ranks.

The 22-year-old was heavily linked with a move to the Gunners but a £45million move failed to materialise before the transfer window slammed shut on October 5.

The Premier League giants are still interested in trying to acquire the services of Aouar but face stiff competition from Juventus, according to Tuttosport.

The report claims the Serie A side continue to monitor the central midfielder and Juventus have a good relationship with Lyon.

Aouar, who still has three years remaining on his current deal in France, insisted he had no regrets over failing to seal a move to Arsenal earlier this month.

'I am happy, this is my city and this my club,' Aouar told Telefoot while on International duty with France.

'I am proud to represent this club, I have so much motivation to make a great season.

'We made a choice, I'm happy to stay here. Aulas and Juninho convinced me to stay in Lyon.'

The Gunners did strengthen their midfield with the £45m addition of Atletico Madrid's Thomas Partey, who has already impressed, but former Gunners striker Ian Wright has urged the club to continue their pursuit of Aouar.

'They still need more, he's [Partey's] not the main one and that's why Arsenal went for Houssem Aouar as well,' he told Premier League Productions.

'I'm hoping they can still get him at some stage but Partey is a massive improvement on what Arsenal have got.'