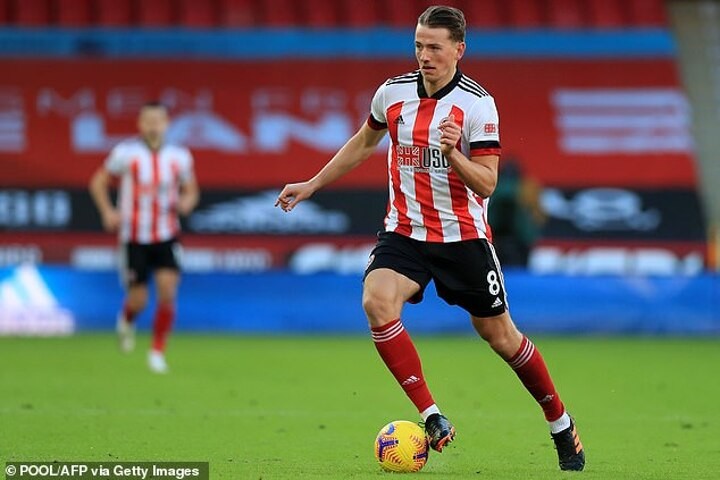 Arsenal were among a host of clubs vying for the 22-year-olds signature last January, but were beaten to the mark by Sheffield United.

Berge signed for Chris Wilder's side a record-breaking deal for the club - worth £22million - but cold leave for the Emirates early next year.

Norwegian newspaper VG has reported that Arsenal are interested in trying their luck again.

With the Blades sitting bottom of the Premier League with one point out of a possible 27, Arsenal are plotting a potential transfer swoop.

The 6ft 5in Norway international would provide a force to be reckoned with in Mikel Arteta's midfield.

Berge would line-up alongside Thomas Partey - who signed for the club in the summer for £45m deal from Atletico Madrid.

Arsenal could, however, face competition from Liverpool, Manchester United and Tottenham as they previously declared their interest in the Norwegian.

Berge has proved his worth in the Premier League, having featured 25 times for Sheffield United and scoring two goals.

Wilder highlighted the importance of Berge to Sheffield United, calling him a 'complete midfielder'.

He said: 'Sander was a fantastic signing for us.

'We want him to grow with us, but we understand that the big clubs are interested when he performs so well.

'That means we, and Sander, are doing something right.

'People judged Sander when we signed him. They expected everything to happen immediately.

'There were some harsh opinions about him.

'People thought he would not be a success in the Premier League, but he has turned it upside down. Sander has been our best player this season.

'I just have to say it: Sander has been unique. He is the one who has stood out for us.

Berge, on the other hand, believes there is room for improvement within his game. He is keen to improve his goal scoring ability to take his game to the next level.

'Being more of a goalscorer and adding assists - that type of play is something that I am looking at now,' he told Yorkshire Live.

'That is something I have to add because that is what the demands are for that position I am playing at the moment.

'For every game I feel like I am a bigger danger and the more often that you find yourself in those positions the more you have it in your head already that you know what to do and you feel more confident doing it.

'It took some time for me and it felt kind of weird being in the last third in a team because for the last few years I have just watched attacks and been waiting for the counter.

'It will take time. It's not that I can't finish, it's just getting it more natural and going for the shot, believing in myself.