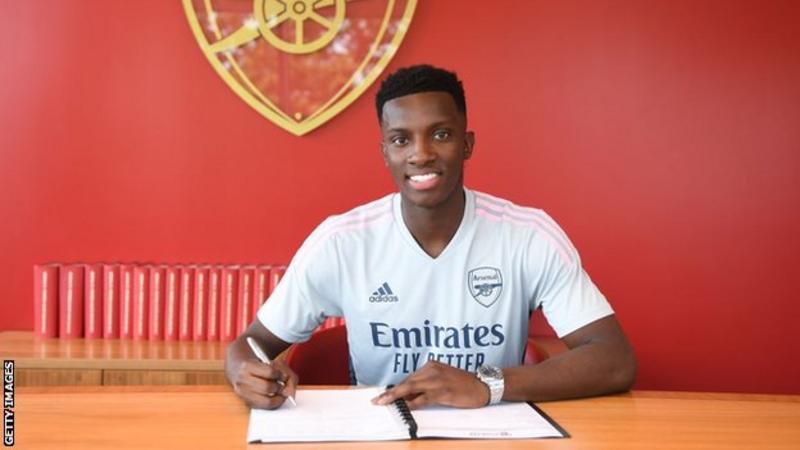 Former England youth international Eddie Nketiah has revealed that he is in talks to play for the Black Stars ahead of the 2022 FIFA World Cup.

Ghana Football Association (GFA) is interested in Nketiah ahead of the 2022 FIFA World Cup in Qatar, but the striker has stated that nothing has been decided.

“There have been discussions, but nothing has been decided,” Nketiah said of joining the Black Stars.

Nobody in history has scored more goals for England’s U21 side than Nketiah's 16 efforts, but there is still a chance he could switch allegiance to Ghana if opportunities with the Three Lions prove hard to come by.

This comes after reports claimed the 22-year-old has been granted a Ghanaian passport.

Nketiah has been on the GFA's radar for a long time, with the FA pushing hard for him to change nationality.

In May, Nketiah in an interview with The Beautiful Game Podcast revealed that it was possible to play for the Black Stars and that his options were open.

“My parents are both Ghanaian [so] of course it’s a possibility [playing for Ghana]. I’m open to both, that is playing for Ghana and obviously England as well. Being from Ghana, you would be happy that they qualified for the World Cup,” he said.

After scoring 10 goals last season and finishing the campaign as Mikel Arteta’s go-to option when it comes to leading the line, Nketiah signed a new long-term contract last week.