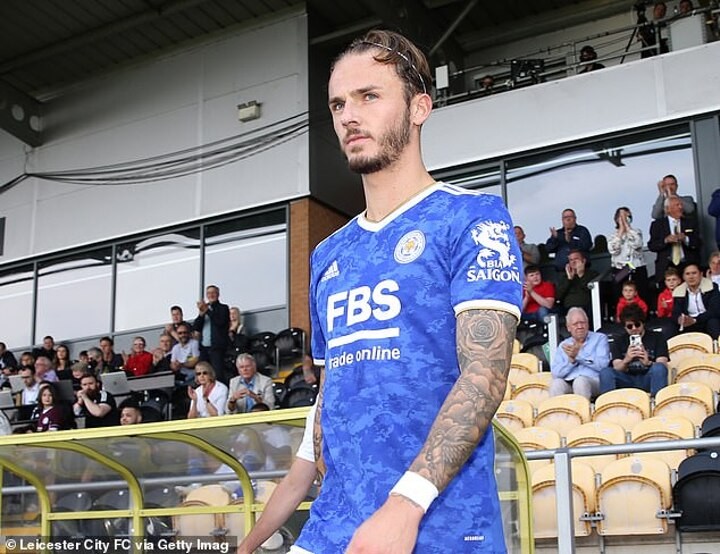 Arsenal 'have proposed a player plus cash deal' for Leicester City midfielder James Maddison as they pursue another big money summer signing.

Now, reports suggest the Gunners will explore the possibility of signing Maddison by offering a player in order to bring down Leicester's price tag of £60million.

Football.London say that fee has become a major sticking point in negotiations for the player that now tops Arsenal's transfer target list.

Joe Willock, Reiss Nelson and Eddie Nketiah are three players Arsenal will put up for sale this summer, raising the possibility they could be the makeweight.

Leicester rejected an offer of £70m for Maddison from another Premier League club last summer and the 24-year-old then signed a new four-year deal worth £100,000 a week. That places them in an extremely strong bargaining position.

Arsenal have brought in £18m Albert Sambi Lokonga from Anderlecht and are keen to further strengthen their midfield following his arrival.

The Gunners, who finished in a disappointing eighth position last season and failed to qualify for Europe for the first time in 25 years, have spent over £70m so far this summer.

As well as Lokonga, defender Ben White has signed from Brighton in a deal worth £50m, while 21-year-old left-back Nuno Tavares has come in from Benfica for £7.2m.

The Gunners take on north London rivals Tottenham in The Mind Series on Sunday ahead of their Premier League opener against Brentford on Friday August 13.