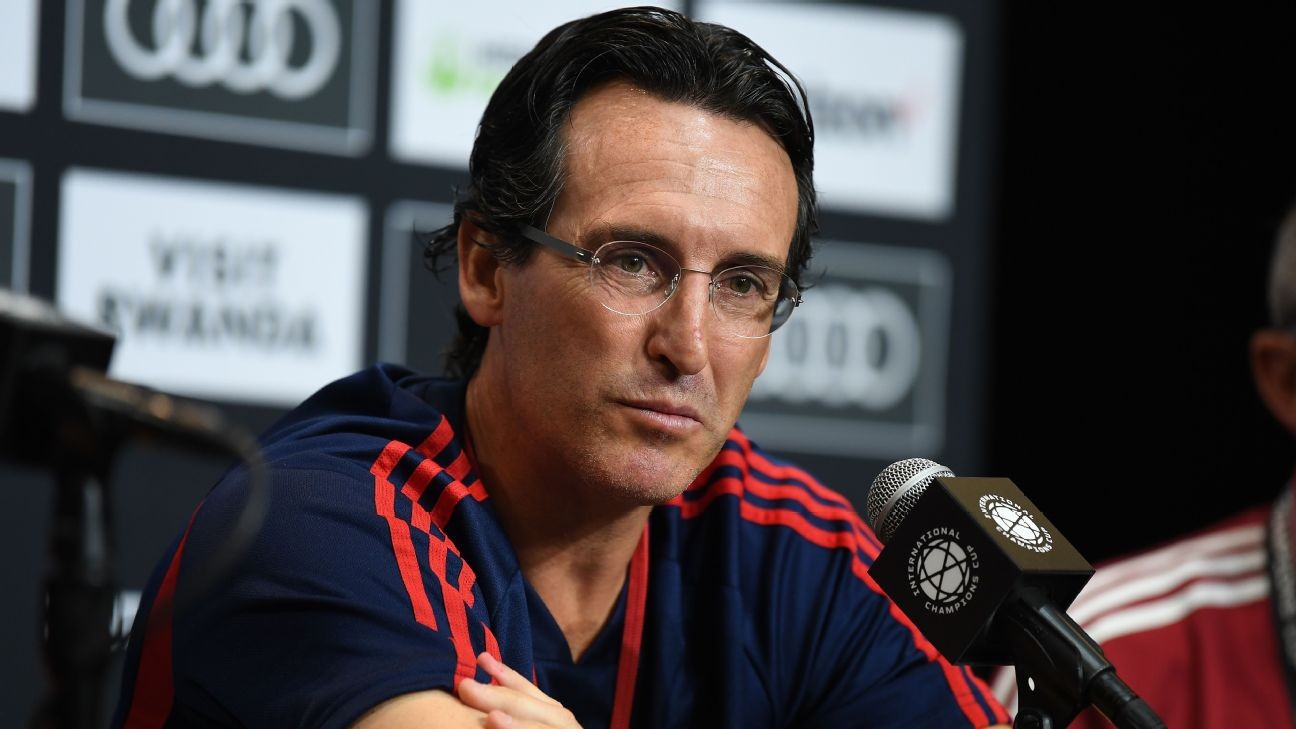 ESPN FC's Julien Laurens reacts to Josh Kroenke's statement that Arsenal will look for "the next big thing" as opposed to signing big-name players.

The FC crew break down how they expect Aaron Ramsey will be utilised by Juventus after joining the club from Arsenal.

Former Arsenal forward Paul Mariner says Laurent Koscielny is putting his legacy with the Gunners at risk with his recent behaviour.

Boss Unai Emery has said that Arsenal are looking to bring in "very big, very expensive" players into the club this summer.

The Gunners -- who reportedly have a budget of just £40m this summer -- are looking to bring some star names into the club amid unrest among fans over the financial investment in the squad.

"Our target is to achieve three or four players who really improve our team and our squad now," Emery said in a news conference on Tuesday. "We have very good players and very good young players who can progress to take and get big performances with us. Other players can come here to help us.

"We are being very, very demanding and we are first speaking about the possibility to sign very big, very expensive players."

Arsenal owner Stan Kroenke was criticised by Arsenal supporters' groups on Monday in a two-page letter that labelled the American billionaire "passive" and "absent" and using the club as an "investment vehicle."

In contrast to Emery's comments, Kronke's son Josh --  who is vice-chairman of Kroenke Sports & Entertainment (KSE) -- said in an interview on Tuesday that the club are looking to bring in "the next big thing" instead of big-name signings.

The club have had bids turned down for Crystal Palace winger Wilfried Zaha and Celtic left-back Kieran Tierney, and are interested in signing France under-19 defender William Saliba, but face competition from North London rivals Spurs.

Arsenal's only signing this summer is Brazilian teenager Gabriel Martinelli, while star midfielder Aaron Ramsey left for Juventus and captain Laurent Koscielny is on strike.