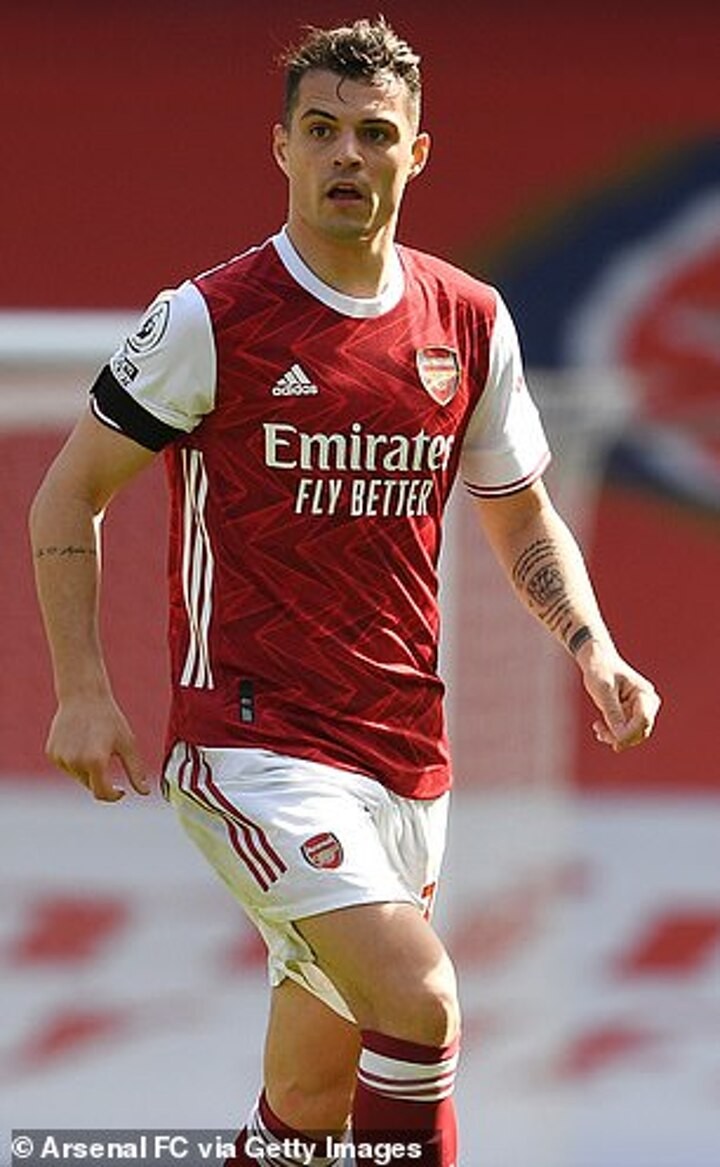 Arsenal are preparing to make a shock new contract offer to Granit Xhaka after Roma have yet to table an acceptable bid despite their keen interest.

Xhaka, 28, is believed to have agreed personal terms with Jose Mourinho's team, but the Gunners are yet to receive the offer they want and are instead looking to extend the Swiss midfielder's term at the Emirates, according to The Athletic.

Xhaka has had a turbulent five years in north London, being a regular presence in the centre of Arsenal's midfield and being named club captain by former manager Unai Emery.

But he has garnered a reputation for not performing highly enough for the club, in stark contrast to his excellent performances for Switzerland at Euro 2020.

Arsenal looked to be preparing for Xhaka's exit by signing Albert Sambi Lokonga from Anderlecht and talk of another midfielder coming in.

Xhaka has been the subject of interest from Roma throughout the transfer window but earlier this week La Stampa reported that Roma are currently unwilling to match Arsenal's demands of a £17m fee.

With Xhaka's proposed move to Roma stalling, Arsenal are considering extending his contract as he has just two years left on his current deal.

Should a suitable buyer not be found in this transfer window, Xhaka would move into the last year of his contract next summer and could therefore leave Arsenal for an even lower fee.

Mourinho is eager to improve his midfield but may have to look elsewhere if a deal can't be done with Arsenal.

Xhaka joined Arsenal from Basel in 2018 and he has made 220 appearances in the ensuing period, winning two FA Cups.