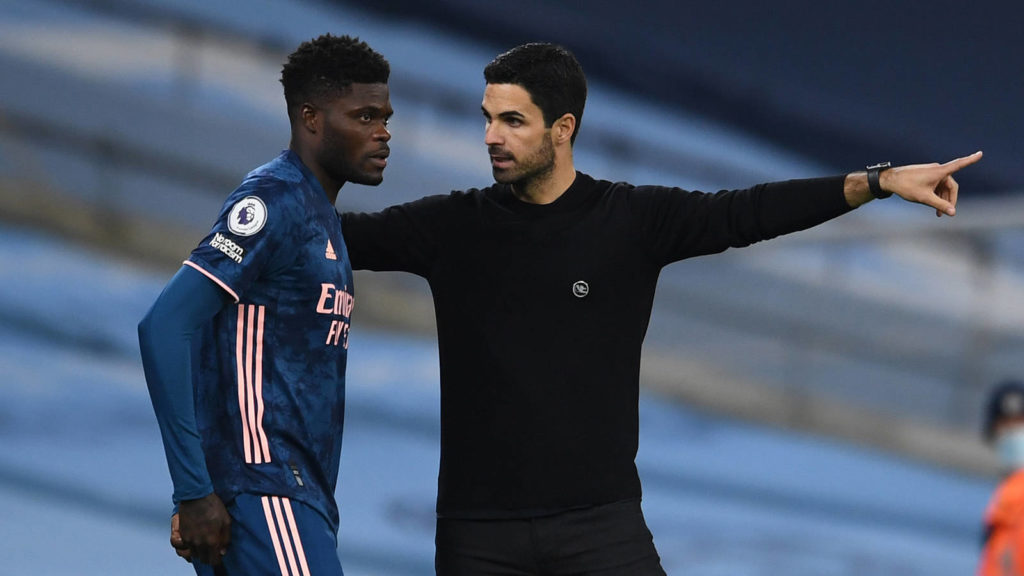 MANCHESTER, ENGLAND - OCTOBER 17: Thomas Partey of Arsenal gets some instructions from Arsenal Manager Mikel Arteta during the Premier League match between Manchester City and Arsenal at Etihad Stadium on October 17, 2020 in Manchester, England. (Photo by David Price/Arsenal FC via Getty Images)

The Gunners failed in a last-minute bid to sign the Brazilian midfielder, who has less than a year left on his current deal at Villa Park, with Aston Villa rejecting a number of deadline day bids.

However, Luiz, who has started just two Premier League games for Steven Gerrard's side this season, is expected to be pursued by Arsenal once the transfer window reopens in January, according to The Sun.

It is said that the Gunners are ready to launch a fresh bid to land the 24-year-old.

Arsenal, on the other hand, are no longer willing to pay as much as they were for Luiz in the summer, and consider a £15m package to be a'more than reasonable' offer for the midfield enforcer.

Aston Villa have refused to extend Luiz's contract, which could play a role in convincing the Midlands club to do business in the January transfer window, which will be their final chance to cash in on the nine-cap star.

The Gunners' attempts to rekindle a deal come in the wake of a new injury setback for Partey, who was withdrawn from the Ghana squad due to play Brazil during the international break at the eleventh hour due to knee discomfort.

Partey has been plagued by injuries since joining Arsenal in 2020, and he has already missed half of Arsenal's eight games this season.

Although Arsenal are 'hopeful' that the 29-year-latest old's problem isn't too serious, Arteta is now determined to strengthen his midfield options in the New Year to ensure Arsenal don't fade away after a strong start to the season.

BREAKING: Girl, 11, mauled by out-of-control dog and left with life-changing injuries in attackDOGS