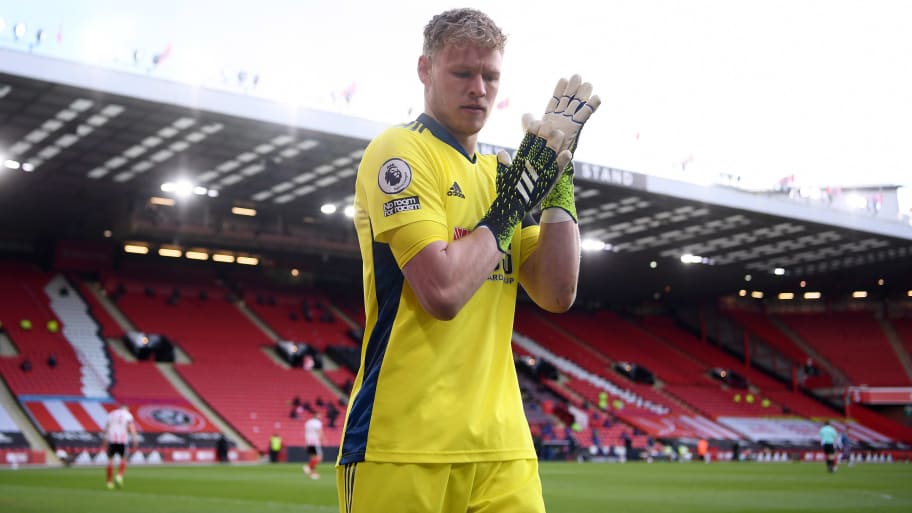 Sheffield United have told Arsenal they will need to offer in excess of £32m to convince them to sell goalkeeper Aaron Ramsdale this summer.

The Gunners are keen to rejig their goalkeeping department, with both first-choice Bernd Leno and backup Alex Runarsson available for transfer, and Ramsdale quickly emerged as a top target.

Arsenal recently lodged a bid worth around £30m for the 23-year-old, but according to The Times, that offer has been knocked back and Sheffield United are holding out for a little more.

Sheffield United have told the Gunners to increase their offer to at least £32m, believing that his status as an England international, combined with the three years left to run on his contract, makes him a valuable asset.

There is no mention of whether Arsenal will oblige, but given they have already lodged two bids and are now just £2m away from getting their man, it seems likely that a third proposal will be on Sheffield United's desk soon.

It's a potential deal which has left some Arsenal fans scratching their heads. After all, Ramsdale doesn't exactly come with the best track record, having been relegated from the Premier League in two successive seasons with Bournemouth and Sheffield United.

Another target, Ajax's Andre Onana, is available for less than a third of Ramsdale's asking price but is seemingly being allowed to join Lyon instead.

Having said that, De Telegraaf recently revealed that talks between Ajax and Lyon have stalled over Onana's asking price. The Dutch side want £8.5m but Lyon are yet to bid higher than £2.5m.

The door to Onana appears to remain open, although Arsenal's focus recently has been on landing Ramsdale instead.

Should Arsenal push ahead with their plan to sign Ramsdale, they would have to find an agreement to pay Sheffield United in instalments, given they have already been splashing the cash this summer.

Should Ben White complete his £50m move from Brighton as expected, Arsenal's spending will rise to £72m, following the arrivals of Nuno Tavares and Albert Sambi Lokonga for £7m and £15m respectively.

This article was originally published on 90min as Arsenal told to increase bid for Sheffield United goalkeeper Aaron Ramsdale.