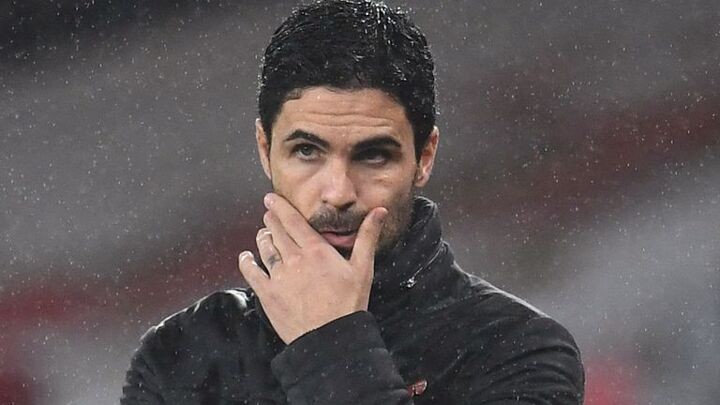 Mikel Arteta says he is now focusing on bringing players in during the transfer window after successfully trimming his "unmanageable squad".

The Arsenal boss was keen to offload players this month after being forced to leave the likes of Mesut Ozil and Sokratis out of his Premier League and Europa League squads due to registration restrictions.

He got his wish after Sokratis agreed to end his contract early on Wednesday, while Sead Kolasinac and William Saliba have also left the club on loan and Ozil is set to join Fenerbahce.

Arteta says the second half of the window will now be about strengthening his squad, saying: "We are in that process right now. We've done the first part more or less and we are focusing now on the second phase.

"Obviously this market and the context makes it really difficult but we are looking at options and we will see what we can do."

Arteta says he is keen to bolster his options in various positions - particularly left-back - although he refused to comment on Arsenal's approach for Real Madrid midfielder Martin Odegaard.

"The natural option is Kieran [Tierney] but we can adapt. That option is open are we are looking to see what is available.

"We are looking at various positions because the movements we have made in this transfer window, with some players leaving the club, leaves us a little bit short in certain areas.

The departure of four players who were not part of his plans will come as a relief to Arteta, who believes a smaller squad is more conducive to maintaining players' motivation.

He said: "We could not carry on with 31 players in the squad - it is unmanageable. As well when you have to leave some of the foreign players out, it makes it more difficult.

"For a few weeks, it's OK, but to do it for months and maintain the health, ambition and chemistry around the place is really complicated.

"So one of the main objectives was to make some decisions on how we're going to offset that and we've done it.

"Just for me, the important thing is that everybody feels involved and that they have a chance. They're all fighting for a place but at the end, they need to feel they have the opportunity to play.

"When you are completely out, that is out of the equation, and that makes it really difficult to find motivation."

Arsenal have made an approach to Real Madrid for midfielder Martin Odegaard.

The Norway international is expecting to be granted his wish to leave on loan this month for regular first-team football, and the Real Madrid board are currently considering the latest proposal from the London club.

Arsenal, who have already failed with a previous approach for the midfielder, face strong competition for Odegaard, including from at least one other Premier League club, as well as Real Sociedad.

The 22-year-old impressed while on loan at Sociedad last season, registering seven goals and nine assists across 36 appearances, and it was thought there was an option for a further season-long loan, but Real decided to call him back and be part of the first-team squad.