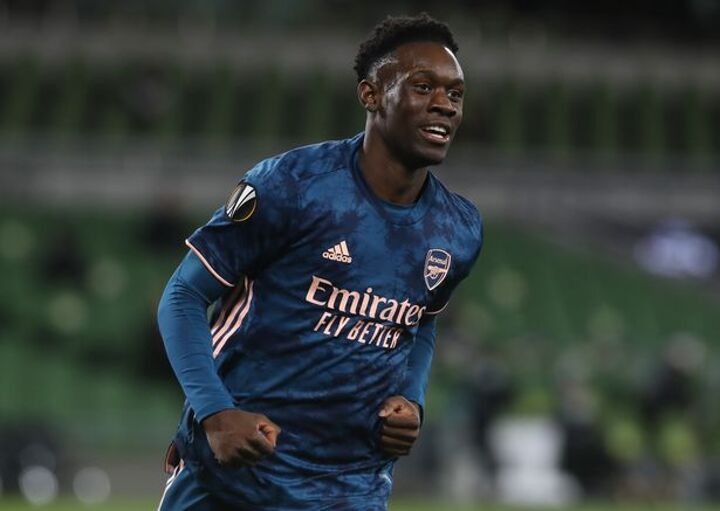 With the January transfer window entering its third week, Arsenal have been tipped to step up their recruitment efforts.

The Gunners have been relatively quiet so far this window, with their only deals so far being the £500,000 addition of young defender Omar Rekik and a new contract for Rob Holding.

And with Mikel Arteta continuing to guide his side away from the Premier League ’s relegation zone, reinforcements are needed if his side are to contend for a top-half position.

Particularly high on Arteta’s shopping list is a creative midfielder, while the futures of several players, including Mesut Ozil, remain unresolved.

Arsenal sensation Folarin Balogun will reportedly leave the club next summer after reaching an agreement in principle with RB Leipzig.

Football Insider revealed the update on Wednesday afternoon, claiming that Balogun is set to sign a pre-contract agreement with the Bundesliga side ahead of a summer switch.

The Gunners are believed to be desperate to keep hold of the 19-year-old striker and have offered him a new long-term deal.

But Balogun is set to be the next young English starlet to move to Germany to further their career, following in the footsteps of Jadon Sancho and Jude Bellingham.

Unai Emery and Mikel Arteta appear to be in total agreement over Wilfried Zaha - who was close to joining Arsenal.

The Crystal Palace star was keen on signing for the Gunners when Unai Emery showed an interest in 2019, but the board went for Lille star Nicolas Pepe instead in a deal worth £72m.

Emery recently revealed that he pushed for a move for Zaha as he was a safer option due to his wealth of Premier League experience.

And Arteta appears to be in agreement with his compatriot and successor, stating that Zaha is a "big name".

"Well, undoubtedly he’s a player that has done exceptionally well in the Premier League," Arteta said.

"He has created a big name, because what he’s been able to do, sometimes just on his own, some individual actions that’s what people highlight all the time.”

talkSPORT claim that Arsenal are already looking for a new back-up goalkeeper after failing to be impressed by summer signing Alex Runarsson.

The Iceland international has looked shaky in the handful of appearances he has made so far, following a £1m move from Lille.

It’s thought that Arteta is still keen on snapping up Brentford stopper David Raya, who was his first choice six months ago.

Meanwhile, Brighton stopper Mat Ryan is another option, after falling out of favour at the AMEX Stadium in recent weeks.