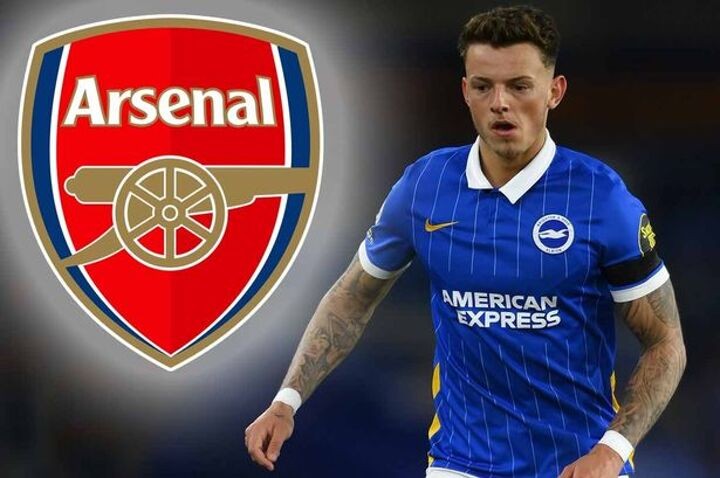 Arsenal are looking to splash the cash this summer to take them back into Europe after a disappointing campaign last year.

After finishing eighth in the Premier League, the Gunners are looking to improve that ahead of next season.

And Mikel Arteta is utilising the club's spending power as much as possible with two confirmed arrivals and another on the way.

Albert Sambi Lokonga is the most recent to sign, joining Nuno Tavares through the Emirates door, while Ben White is set to be confirmed at any moment.

As well as the centre-back, the Gunners have plans to sign a creative midfielder with James Maddison, Martin Odegaard and Houssem Aouar all on their wish list.

Arteta is not done spending yet so here are the latest Arsenal transfer news and rumours.

The arrival of White is set to be confirmed at any moment after he was spotted leaving Arsenal's training ground on Wednesday.

The Gunners have agreed a £50m deal with the Seagulls that will see the England international join the north London club.

Arteta has been desperate to sign the 23-year-old as a replacement for David Luiz, who left in the summer.

Central defence has been a key area that Arsenal have looked to strengthen and the Gunners coach will be over the moon to land his top target.

White shot to fame with Leeds United in 2019 when he was an integral part of their promotion-winning side.

The likes of Liverpool, Manchester United and Manchester City have all been interested in the Brighton man, who was a surprise selection for the England squad at the Euros this summer.

Arsenal are interested in signing Maddison this summer as Arteta looks to sign a No. 10 but Leicester are not prepared to let him go easily.

According to Sky Sports, the Foxes have priced the midfielder at £70m - an extortionate amount that the Gunners might not be able to reach without some major player sales.

It comes as the hunt for a playmaker goes on with the likes of Odegaard and Aouar linked.

Leicester are under no pressure to sell Maddison, who is under contract until 2024, but there have been murmurs of discontent between him and Brendan Rodgers.

However, Arsenal will have to put in a hefty offer to even tempt the King Power Stadium side to contemplate letting go of the former Norwich ace.

Arsenal are still mulling over a move for Sheffield United star Aaron Ramsdale as they look to bolster their goalkeeping department.

Bernd Leno's future is uncertain after he told the club he would not sign a new contract and the Englishman is an option to replace him.

However, the Blades are demanding £32m for his services after forking out £18.5m the year before to sign him from Bournemouth.

According to Sky Sports, discussions are being held between intermediaries working on behalf of the club to arrange a fee.

The idea is to prevent an official bid until an agreement can be reached between both teams.