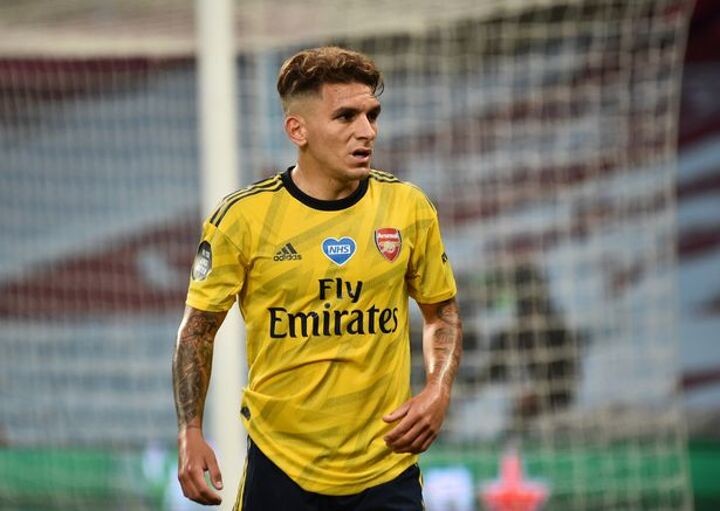 In terms of outgoings, it's been a busy January transfer window for Arsenal.

Goalkeeper Matt Macey left for Hibernian permanently, while at the start of the month Sead Kolasinac and William Saliba left on loan for Schalke and Nice respectively.

More recently, the Gunners have terminated the contracts of Mesut Ozil and Sokratis Papastathopoulos, with the former set to join Turkish giants Fenerbahce.

Things have been less frantic regarding incomings, with Omar Rekik - who has linked up with the Under-23s - the only player to arrive in north London.

But there is still plenty for Mikel Arteta to mull over.

The Arsenal boss is facing opposition form his own coaches over his plan for Lucas Torreira, while he must decide whether he wants to strengthen his side ahead of the second half of the season.

Midfielder Torreira is midway through a season-long loan with Atletico Madrid after falling out of favour with Arteta.

There has been speculation the Gunners boss would like part ways with the Uruguayan on a permanent basis, with Fiorentina believed to be keen on the player.

But the report claims many members of Arsenal's backroom staff are on good terms with Torreira and would be against him leaving the Emirates.

Emiliano Buendia 'doesn't expect anything to happen' regarding a potential move away from Norwich in the January transfer window, according to football.london .

Buendia, 24, has been heavily linked with Arsenal after a fine first half of the Championship season which has seen him grab 14 goals or assists in 20 games.

Recent reports suggested it could cost up to £50million to prise the Argentine attacking midfielder from Carrow Road.

Arsenal are yet to table a formal offer for Buendia, and a source close to the player says the move is highly unlikely as it stands.

Arsenal are set to reward Emile Smith Rowe with a bumper new contract after his fine run in the first team, reports the Daily Mail .

Smith Rowe has been a bright spark in the No.10 role this season and Gunners chiefs are well aware his current deal expires in just 18 months' time.

Arsenal are keen to fend off any speculation over the 20-year-old's future by tying him down to a long-term deal at the Emirates.

The report adds Smith Rowe can expect to see his wages increase from £15,000 per week to £40,000 per week, in line with his fellow Arsenal youngster Bukayo Saka.