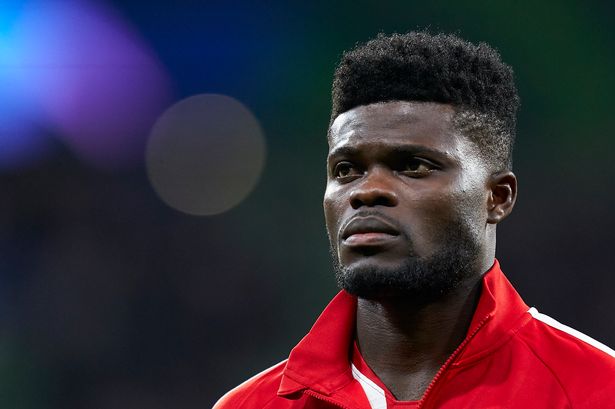 English giants Arsenal are weighing up a potential bid to sign Atletico Madrid midfielder Thomas Partey in the summer transfer window, according to a report in England.

According to The Telegraph, Arteta has placed the Ghana international high up on his summer wishlist as the Gunners manager looks to rebuild the north London club.

The same article states that Atletico Madrid are prepared to receive offers for the 26-year-old at the end of the La Liga campaign following his impressive displays.

According to the same article, Atletico are aware of “interest from an English club” in Partey.

The Telegraph go on to reveal that the Ghanian star has a contract release clause of £45m, which makes him an affordable option for top Premier League clubs such as Arsenal.

Partey has been one of Atleti's most consistent players this season, making 32 appearances in all competitions. He has scored three goals.