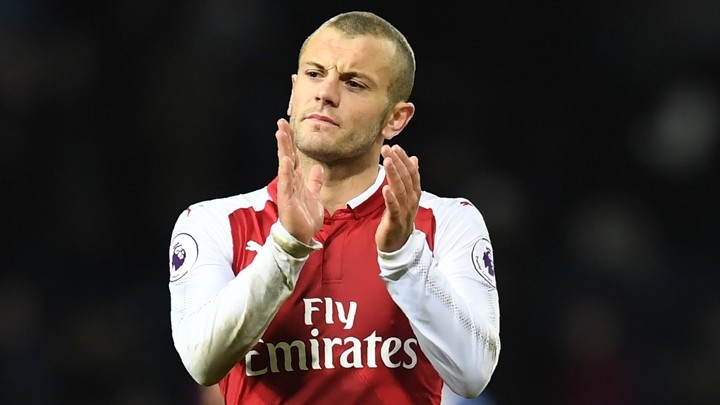 Former Arsenal midfielder Jack Wilshere has lamented the star departures at the Emirates in the early 2010s, saying the Gunners would have won the Premier League had the team not been broken up.

Arsenal last won the Premier League in 2003-04 and the team put together a streak of 10 seasons finishing either third or fourth between 2005 and 2015.

Van Persie's transfer to Manchester United in 2012 was particularly difficult to swallow for Wilshere, who said he was "devastated" to see the Dutchman join one of his side's biggest rivals.

"I was devastated," Wilshere told the BBC's 606 Savage Social podcast. "He had just scored 30 goals the season before. He was our captain.

"It felt like we were just about to challenge [for the title] again and all of a sudden he left to go to our biggest rivals. It was difficult to take.

"I was there when Fabregas left, Nasri left, big players. If we had kept that team together I think we would have gone on to win the Premier League - and who knows from there?"

After spending 10 seasons with Arsenal, Wilshere left the club in 2018 to join up with West Ham.

The midfielder struggled with injuries in north London and following the exit of longtime manager Arsene Wenger, his replacement Unai Emery admitted that Wilshere wouldn't be part of his first-choice lineup.

"I sat down with my family and my wife. Arsene had announced he was leaving, and it felt like the right time to move on," Wilshere continued.

"I had done it before [joining Bournemouth on loan]. I knew there was life outside of Arsenal. I just thought it was the right time to move on. Times were changing at Arsenal.

"I spoke with the new manager who said: 'You can stay but you are not in my starting XI.'

"Arsene knew what I could do and trusted me. I knew if I got fit, I would play and I didn't get that vibe off Emery. It was tough."