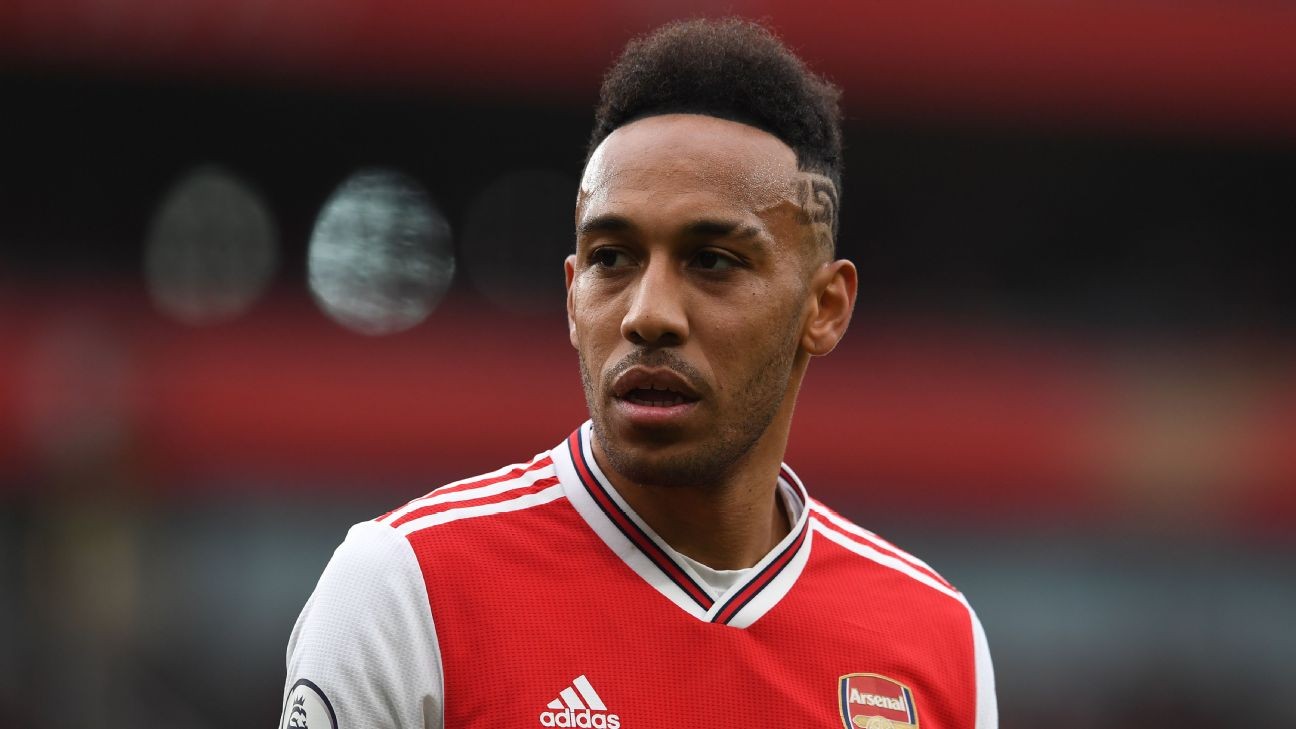 Julien Laurens emphatically rules out any chance Philippe Coutinho moves to Arsenal this summer. Julien Laurens insists Arsenal should keep David Luiz beyond this summer due to the experience he brings. Aston Villa vs. Sheffield United and Man City vs. Arsenal will be the first games back as Prem returns. Former Arsenal players Patrick Vieira and Per Mertesacker speak about Mikel Arteta's impact at the club.

Arsenal have not yet offered Pierre-Emerick Aubameyang a new contract, sources have told ESPN, as speculation intensifies over his long term future at the club.

Contrary to some media reports on Monday, there has been no extension on the table for Aubameyang to agree or reject.

Aubameyang's deal is set to expire in June 2021 and, as of Monday, the two parties have not even started concrete talks about an extension as ESPN reported a few weeks ago.

Chelsea are monitoring Aubameyang's situation, sources have told ESPN, as they look for a new centre-forward.

The Gabon striker, who is 31 later this month, arrived at the Emirates from Borussia Dortmund in January 2018 for £57.4 million.

He expressed his love for the club in his match programme notes in January before the side's FA Cup third-round victory over Leeds earlier this season, but he also wants to play Champions League football, which Arsenal looks likely to miss out on again next season.

The club now finds itself in a tough situation. If negotiations over a new deal stall, they will have to either sell him this summer in a cash-strapped market or let him run down his contract but he will leave for nothing in the summer 2021.