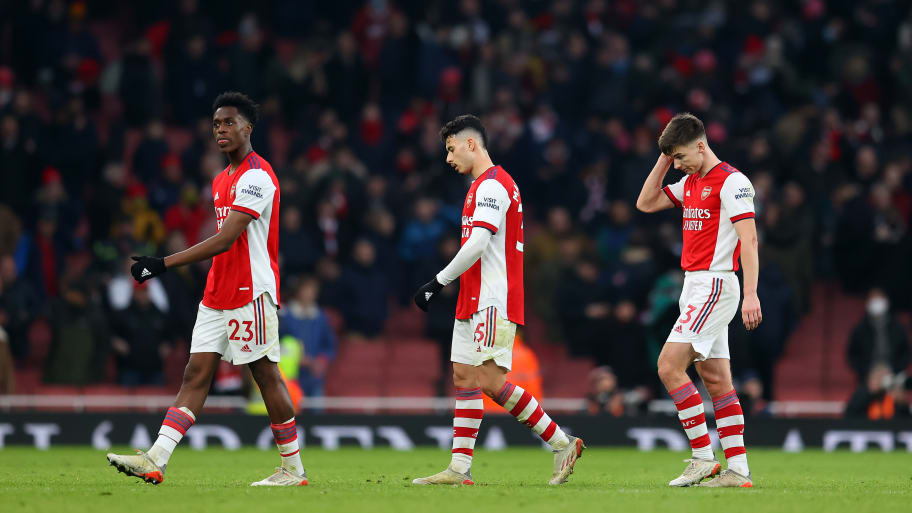 It's fair to say that Arsenal endured a rather awful January.

On top of not winning a single game, they were also knocked out of both domestic cups - one by a Championship club - and generally just didn't look remotely capable of scoring a goal.

As you can guess there were quite a few players who under-performed in January, but surprisingly a few actually held their own too.

Don't believe us? Well, that's why we decided to collate all of our Arsenal player ratings for the month and pick out the best performing player of January...and the worst too because, you know, they didn't win a single game.

1. Best performance of the month

What we said: "A real force in defence but looked like a man possessed going forward. A statement showing."

2. Worst performance of the month

What we said: "Booted Diogo Jota in the stomach as the last man and got his marching orders 24 minutes into the first half. Going to Anfield is tough enough with 11 players, and another moment of madness from the Switzerland international made it even harder. Terrible judgement."

3. Arsenal's best player of the month

When you're best performing player of the month averaged a 6.2 rating you know you've had a bad month.

Tierney had one standout performance - as most Arsenal players did - in the 2-1 defeat to Man City, but if we're being honest, the full-back won this award because he's the only Arsenal player who didn't completely embarrass themselves in January.

This article was originally published on 90min as Arsenal's best & worst performing players of the month - January 2022.