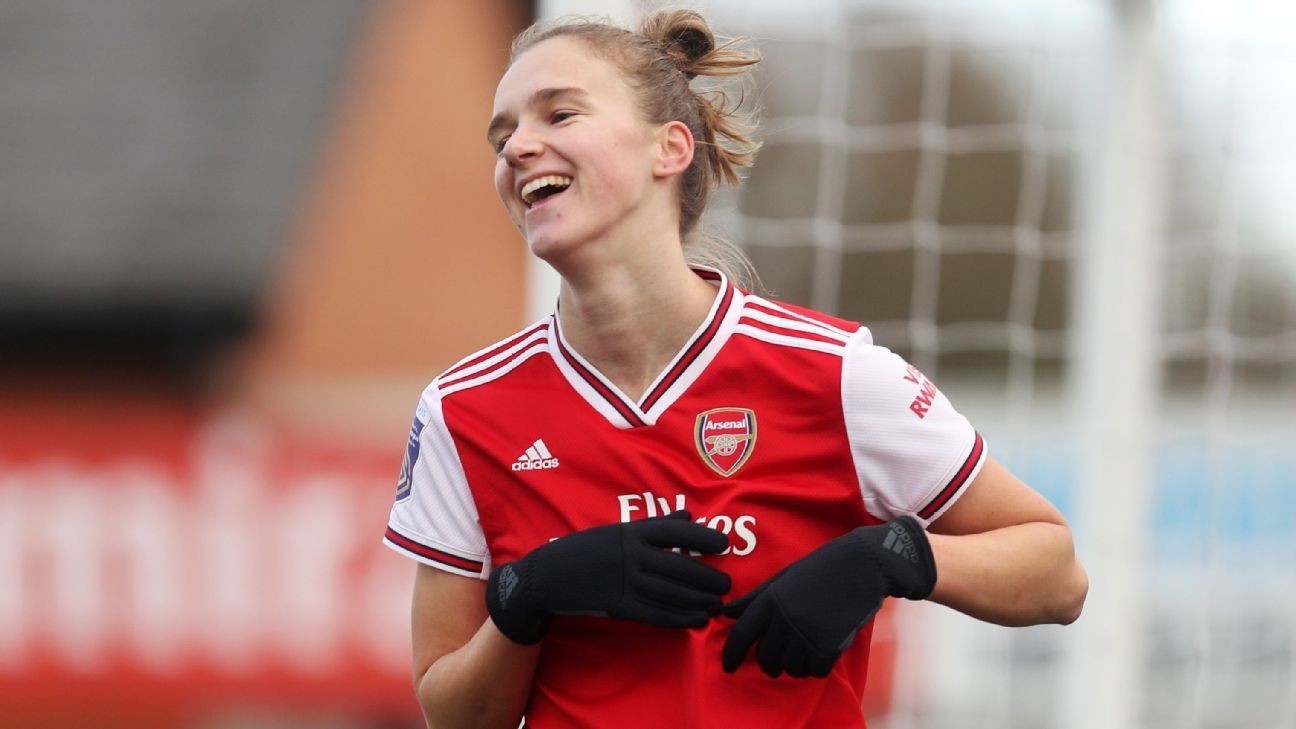 Arsenal and the Netherlands forward Vivianne Miedema has been named the Football Writers Association's Footballer of the Year for 2019-20.

The 23-year was the top scorer in the Women's Super League this season before it was curtailed, scoring 16 goals in 14 league matches and providing 10 assists.

She has 27 goals across all competitions and could add to that when Arsenal meet Paris Saint-Germain in the Women's Champions League quarterfinals in August.

She is the top scorer in the Champions League this season with 10 goals.

"Obviously I couldn't have done it without my teammates and I actually really can't wait to be able to go out again and to enjoy football again," Miedema said in a video on Twitter following the announcement.

Prior to joining Arsenal in 2017, Miedema won the Frauen Bundesliga twice with Bayern Munich.

Arsenal finished third in the Women's Super League, meaning they missed out on a spot in next year's Champions League tournament.