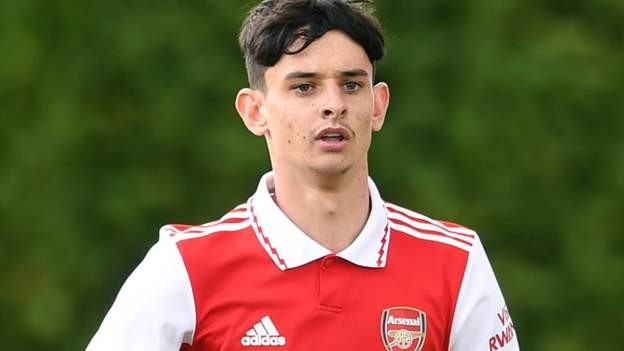 The 18-year-old England youth international scored on his Arsenal debut in a 5-1 Carabao Cup win over Sunderland in December.

He started the FA Cup third round loss at Nottingham Forest a month later but has never played a league game.

"This is a great opportunity for me, and I think I'm ready to take this on," Patino said to the Blackpool website.

He is the fourth young player to move to the club on loan this summer from a Premier League side after Liverpool centre-back Rhys Williams,Wolves forward Theo Corbeanu and Manchester City midfielder Lewis Fiorini.

"Charlie is a very talented boy and I'm delighted that Arsenal have trusted us to look after him and further his development," head coach Michael Appleton told the club website.

"The club has a good relationship with Arsenal from previous loan deals, as I have personally from taking players to my former clubs, with Brooke Norton-Cuffy being the most recent last season.

"Charlie is one of the best midfielders in his age group and I can't wait to start working with him."