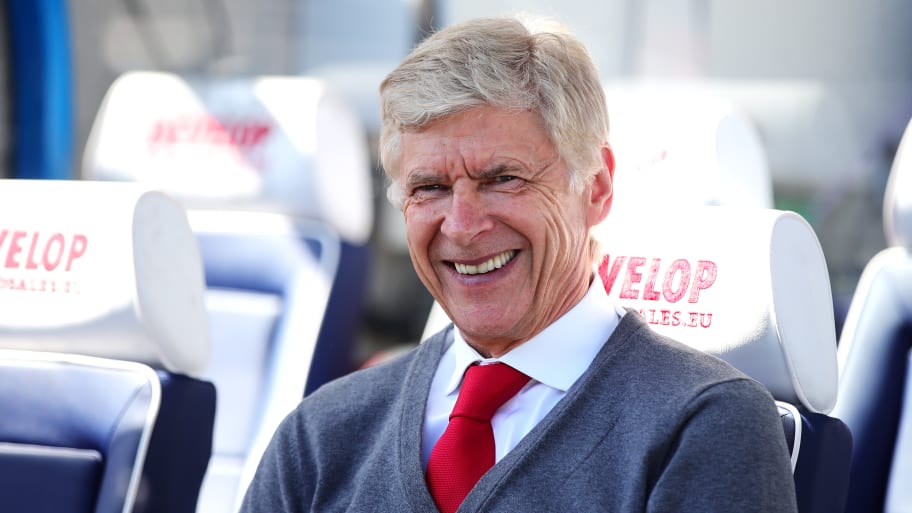 Arsene Wenger: Invincible, will be released in cinemas from 11 November, documenting the career of Arsenal's greatest ever manager.

The film will then be made available on BluRay, DVD and digital download from 22 November, and has been created by Noah Media Group - who have produced a number of critically acclaimed feature-length documentaries in recent years.

Details on Arsenal's official website confirm that the film has been shot on location in England, France and back in Wenger's home village of Duttlenheim, and will be framed against the backdrop of the club's iconic Invincible season - which led the Gunners to the 2003/04 Premier League title.

The two locked horns for well over a decade as Manchester United and Arsenal religiously battled it out for Premier League supremacy, after Wenger had completely turned around the north Londoners' ailing fortunes following his arrival in 1996.

Wenger was given full authority when he took charge, having complete autonomy over transfers, contracts, training sessions and so much more. He instantly elevated the club's standing in the game, swiftly putting Arsenal's fifth and 12th-placed finishes in the preceding campaigns in the rear-view mirror.

In his first summer spending spree, he added Petit, Marc Overmars and Nicolas Anelka, who alongside Vieira and Bergkamp added a real blend of quality and continental pizazz - piecing together a squad capable of challenging for honours.

A domestic double followed in 1997/98, as Arsenal won the Premier League and FA Cup, before that very same feat was repeated during 2001/02.

But Wenger's crowning glory came during 2003/04, leading Arsenal through an entire 38-game Premier League season unbeaten. To this day, the Gunners remain the only side to have ever achieved the feat since the division's inception in 1992.

He would spend 22 years in charge of Arsenal in total, leading the club into the Champions League in all but one of those campaigns, while cementing his legacy as one of the game's great innovators and, more importantly, greatest ever bosses.

You can pre-order Arsene Wenger: Invincible on BluRay & DVD here.