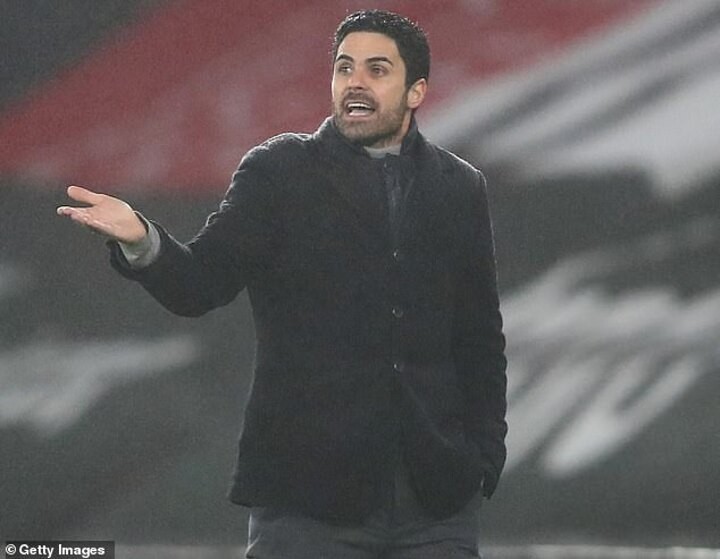 Mikel Arteta says it was unfair of people to compare Martin Odegaard to Lionel Messi early in his career because that is only ever a 'losing battle' for a player.

Arsenal signed the Real Madrid attacking midfielder on loan until the end of the season on Wednesday, handing him Mesut Ozil's No 11 shirt, and he is taking part in his first full training session on Thursday.

Odegaard is in contention to make the squad against Manchester United on Saturday, and Arteta adds this loan is an audition for the 22-year-old to stay at Arsenal.

'I wouldn't even get close to that name you just mentioned (Messi) because it's a lost battle in my opinion,' Arteta said. 'Martin is Martin.

'In the last few seasons he's progressed and developed in the right way. I follow him very closely because he played for Real Sociedad which is my hometown and I know him really well.

'He's such a talent. He needs the right environment, a little bit of time, but he's got the qualities to be a success for us. He's a specialist to playing in the pockets, to be in the No 8, No 10 positions.

'He can play on the sides, a really creative player, really comfortable on the ball in tight spaces, the capacity to create chances, to score goals.

'Something he has improved a lot is his work rate without the ball as well. It's another option to give us more creativity in the final third.'

Asked whether the move could be made permanent once his loan is over, Arteta said: 'He has certainly all the qualities and characteristics that we are looking for.

It appears unlikely that Pierre-Emerick Aubameyang will be available for United. The 31-year-old has been absent because his mother is unwell.

Arteta would not say whether the striker had been abroad and whether that would have complications upon his return due to Covid-19 restrictions.

Thomas Partey and Emile Smith Rowe are also trying to overcome niggles to be fit for United.

On whether Odegaard could start against United, Arteta said: 'That's a little bit too early to decide but we'll see how he goes in training. We'll see him, don't worry.

'He's a player we followed for some time and we believe he's got some special qualities that we need, that we have been missing.

'Now we need to give him time. He hasn't played so many minutes in Madrid, but he's been training hard. He's so excited, as we are.'