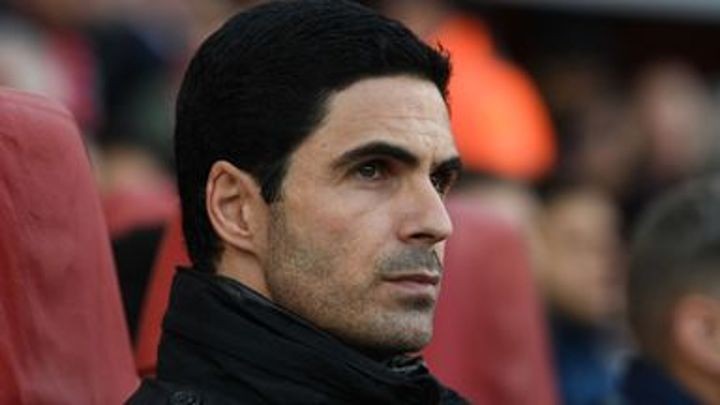 Mikel Arteta insists Arsenal's prospects of qualifying for the Champions League depend on their performances and not on Manchester City's ban from the competition.

The Gunners' boosted their European qualification hopes with a 4-0 rout of Newcastle on Super Sunday, a result that came two days after City were expelled from all UEFA competitions for two seasons for "serious breaches" to Financial Fair Play regulations.

Were the unprecedented ban to be upheld, and providing City finished in the top four, it would mean a fifth-place finish in the Premier League would secure qualification to the Champions League - a possibility that seemed out of Arsenal's reach a fortnight ago.

"A week ago, before we went to Dubai, we drew with Burnley and everything looked like it was too far," Arteta told his post-match press conference. "It looked like it would take an incredible run to do it [qualify for the Champions League].

"Today it feels a bit closer, but it is going to depend on us. We have to improve as a team, we need to be more consistent over 90 minutes and, if we are able to adapt, our performances will lead to much better results. If that is the case, we will be in the mix in the last few games of the season."

Friday's seismic news from UEFA reverberated around the footballing world but it was felt more closely by Arteta, who served as assistant to Pep Guardiola at City for three seasons before his appointment as Arsenal head coach in December.

"My first reaction was shock," the Gunners boss added. "I have been in contact with Pep and the people at the club I know to feel for them because I know they are suffering.

Asked if it was strange that Arteta, a former City employee, could potentially be the beneficiary of their ban from UEFA competitions, the Spaniard replied: "I don't think about it. I just want the best for Manchester City, I really do.

"That is the way I feel and now I have to give the very best of me for Arsenal to try to maximise everything we have here and try and bring the club as high as possible again.

"The ultimate target is to improve as a team right now, to win at Olympiakos on Thursday and improve on today's performance."