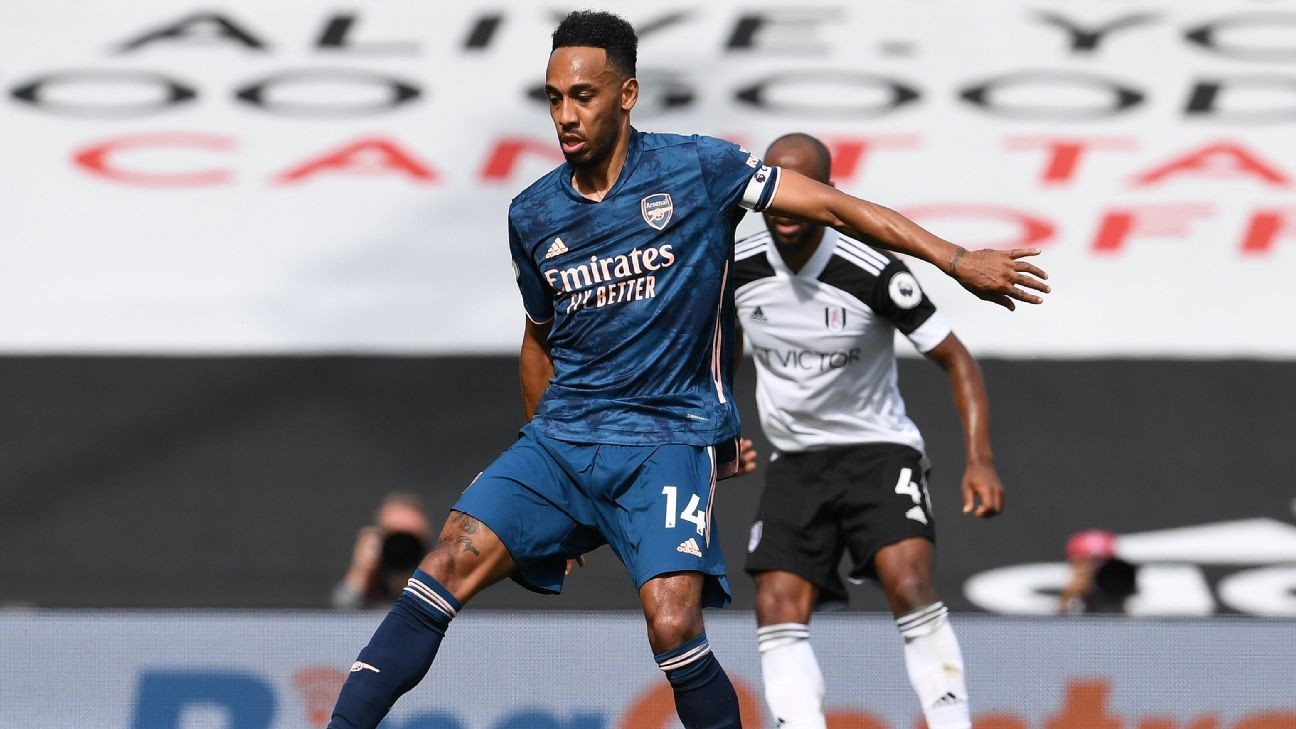 Arsenal first-team coach Mikel Arteta has said he feared Pierre-Emerick Aubameyang would leave the club but added that the 31-year-old's new contract represents a statement of intent to their Premier League rivals.

ESPN reported in July that Aubameyang was seeking a three-year deal worth £250,000-a-week and the club eventually accepted those terms plus bonuses, making a formal announcement on Wednesday.

Arteta succeeded Unai Emery as head coach in December and said he was concerned when he took over that Aubameyang would seek a move elsewhere.

"To be fair at the start, when I joined, I wasn't as positive as I was in the last few weeks," he said at a news conference on Friday.

"Obviously, financially we were in a position that it was difficult to get where we wanted to get. I think Auba had his doubts as well at the time but things evolved in a natural way. I had the feeling that the club wanted to move forward, I had the feeling that Auba wanted to stay here and we were just trying to apply those things together and that sometimes takes time. But the outcome is what we both wanted so we are happy.

"It was a big boost because everyone was hoping for Auba to stay but it was creating some uncertainty around the place and obviously it is great to finish that speculation, move on and find some more stability.

"Certainly I think it's a decision that's been received in a really positive way outside the football club and with a very clear direction that we want to maintain and look after our better players, as well as promoting and challenging our young players."

The agreement brought to an end months of speculation during which Barcelona, Chelsea, Inter Milan and Juventus were linked with a move for the striker.

Arteta also implied that Aston Villa's £20 million offer for back-up goalkeeper Emiliano Martinez was too good to turn down given the financial pressures the club are under a need to raise funds to pursue further signings.

Bernd Leno will be the club's No. 1 this season which led Martinez to push for a move to Villa Park.

"At the end of the day we have to find some balance between what we want to achieve with the squad and our finances and it gets to a point where you have to make a decision whether to achieve certain things you have to sacrifice others," Arteta added.

"But time will tell whether we are weaker or not. Obviously the recruitment we are planning to do to try to get our second goalkeeper hopefully will bring us a really good performance level.

"I was very clear with both of them that it wasn't a No. 1 and a No. 2 and that they had to compete for the place like any other position in the team. To be fair, Bernd was superb before he got injured at Brighton and Emi was absolutely excellent with all of the games that he played and how much he helped us as well with winning the trophies.

"But at the end of the day, that created a big competition, some big expectations from both of them and we had to deal with that. We were really open, trying to have those discussions and at the end, Emi had a really good offer, really well-suited to what he wants to achieve long-term and short-term and we allowed him to leave the club."

Arsenal are expected to complete the £1.6m signing of goalkeeper Runar Alex Runarsson from Dijon and are pursuing a deal for Brentford's David Raya.