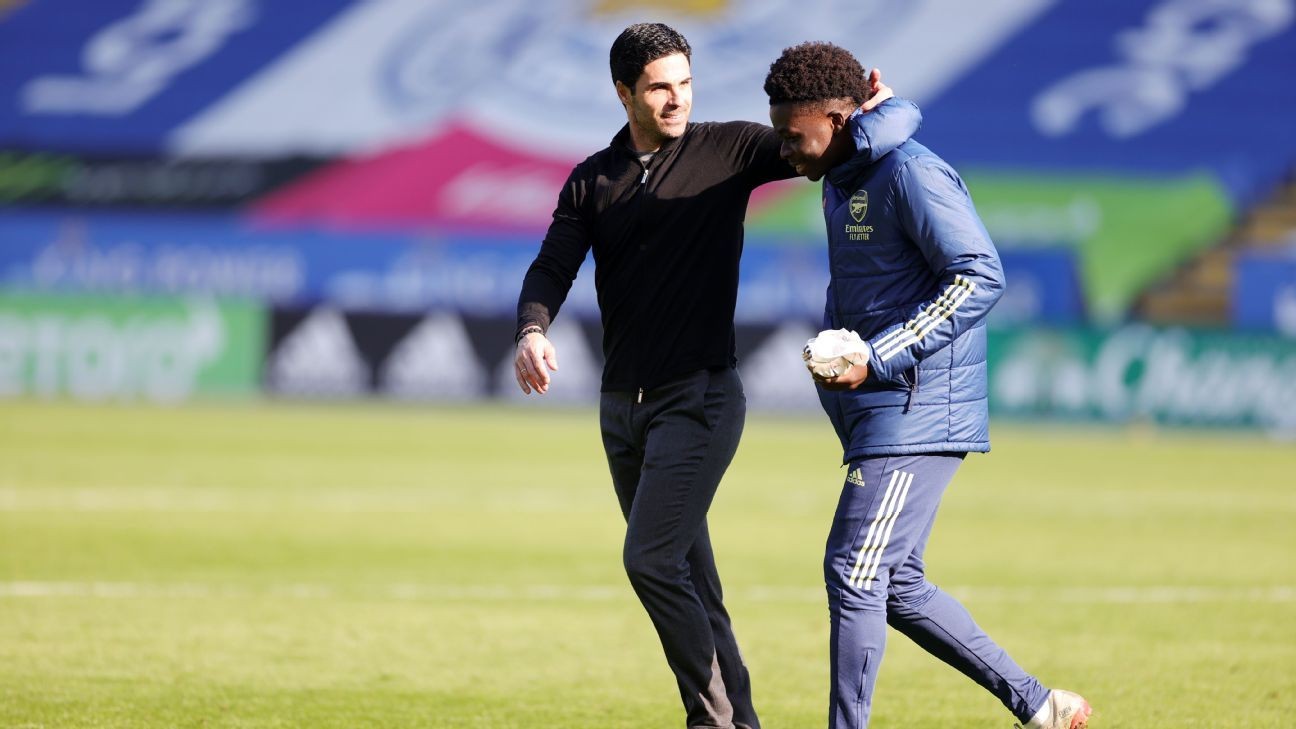 Mikel Arteta has said he is "fully focused" on managing Arsenal amid speculation linking him with Barcelona -- but admitted talks are yet to begin over a new contract to stay at the Emirates.

Barcelona's presidential elections are due to take place on March 7 and Joan Laporta -- one of three candidates -- is reportedly interested in replacing existing boss Ronald Koeman with Arteta should he win the vote.

Arteta, who joined Barca as a player aged 15 before leaving to join Rangers in 2002, told a news conference: "There is always going to be speculation when there are elections in Barcelona, it's a huge team.

"Obviously I was raised there as a player and there is always going to be links. But I am fully focused to the job that I have to do here, which we have a lot to do, and I am really enjoying it.

"Today and tomorrow I am the manager of Arsenal Football Club and I am really enjoying it. And I want to do much better than what we have done."

Arteta was promoted from head coach to manager last year after guiding Arsenal to a record 14th FA Cup success in August, beating Chelsea 2-1 in the final at Wembley.

Mikel Arteta has recovered from a tough start to the campaign at Arsenal. Photo by Plumb Images/Leicester City FC via Getty Images

He will have two years left to run on his existing agreement and when asked whether negotiations over an extension had begun, Arteta said: "No. We are in the middle of the season, we have a lot to play for and at the moment it is not a priority. I think that's OK. I still have a contract here. I am happy here and I don't think it is something urgent."

Arteta, 38, has been under pressure at times this season with Arsenal in 10th place in the Premier League table but the Spaniard has always retained the support of the club hierarchy.

He also revealed the club have begun plans for their summer transfer activity but admitted the extent of their business will be dictated by how the season plays out, with a Europa League round-of-16 tie against Olympiakos to come later this month and an eight-point game to the top four to recover.

"We will see, we are planning what's going to happen in the summer," Arteta added, who prioritised outgoings in January with Mesut Ozil, Sokratis Papastathopoulos, Sead Kolasinac and Shkodran Mustafi among those to leave the club.

"It will depend on where we finish, how we finish. I think what we had to do in December is unprecedented for a club of this stature. To do the amount of transactions that we have to make it tells you as well where we are.

"I think it was very much needed and you want to improve, you want to do that. It's where you have things in the house and you believe that you can improve on it.

"Externally acquiring players to go to the next level. Everything is planned and let's see what the market can bring and what the last few months can bring to the club."